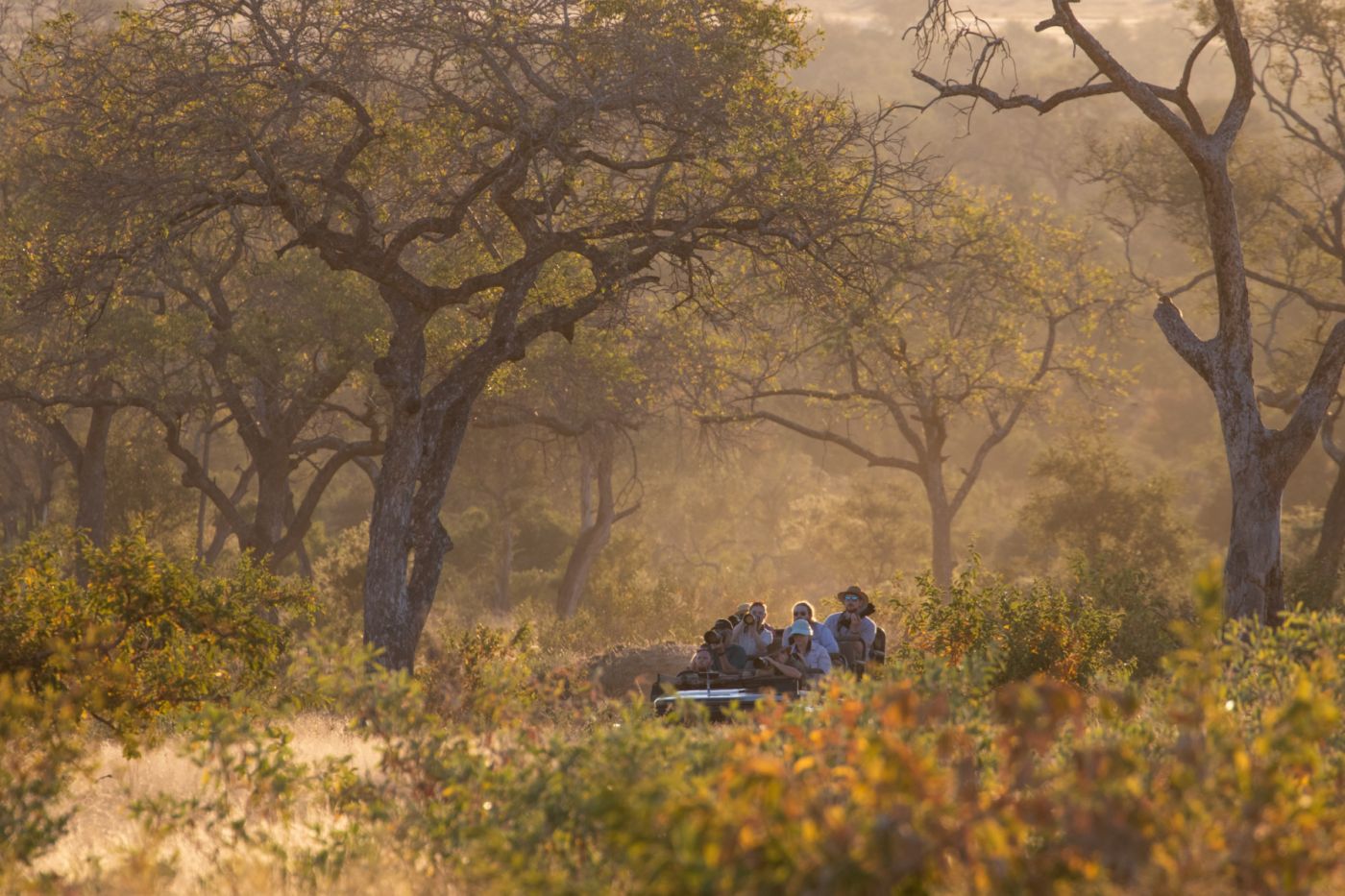 Speak to any ranger that has worked at MalaMala Game Reserve, past or present, and ask what keeps them here and, in many cases, what brings them back. You will get one simple answer: “It’s all about the wildlife…” So, one has to ask what makes the game viewing so special at MalaMala? There is no single reason but rather the culmination of a number of factors which result in the ‘Magic of MalaMala’ that so many have revelled in over the decades. Two of the factors involved become clear when one simply looks at a map of MalaMala and the surrounding reserves: we are the largest and we have the most river frontage. Size matters in this case for obvious reasons with regard to animal populations but it also helps with exclusivity. With only three camps on the reserve we boast a very low vehicle density and, in this blog, I will address the driving procedure we employ to deliver what is arguably the best game viewing on the continent.

‘Safari’ is a Swahili word that roughly translates to ‘journey’. This word was first used and marketed (in the context that we understand today) in the early 1900’s, a time where big game hunting was prevalent across the plains of East Africa. Safaris in those days typically lasted for months at a time, when transport was rudimentary and roads and lodges were just about non-existent. If one was to go on Safari back then, it was naturally to hunt one or more of ‘The Big 5’. These were marketed as the five most dangerous animals to hunt and these included: elephant, rhino, buffalo, lion and leopard. Naturally, hunters also went after any other unsuspecting game that found themselves in the wrong place at the wrong time.

Safaris were mostly aimed at the wealthy few who had a keen sense for adventure but also enjoyed the comforts of home, expecting their luxuries to be close at hand. This meant that going on safari was a logistical nightmare. Scores of labourers were sent ahead of the hunting party to set up camp in game rich areas where they would be based for weeks on end or until most of the game had been shot in that area. They would then move on to greener pastures, as it were. All of their supplies (including the kitchen sink) had to be carted along under trying conditions where disease, flooding, extreme heat and dangerous animals were part and parcel of the experience. Naturally, wildlife in these areas developed a healthy fear for humans and avoided us at all costs. MalaMala and many other reserves around Southern Africa share a similar hunting legacy. One needs only to read through the hunting log books (available in our camp bars) to get a feel for just how much times have changed here. MalaMala proudly pioneered the shift from hunting safaris to photographic safaris in 1964 under the guardianship of Mr Michael Rattray. This was not an easy transition since the wildlife was afraid of humans, and for good reason. So, slowly but surely Mr Rattray and his team of rangers set about habituating the wildlife to provide the quality photographic opportunities which we experience today. Habituation of wild animals in their natural environment was unchartered territory and methods of habituation were crude, and perhaps even unethical by today’s standards, but trial and error was the only way forward.

In the early days of the transition, prey species were shot and tied to the base of a tree to attract predators. The irresistible smell of blood lured predators to feed on the carcass whilst wildlife enthusiasts were afforded the rare opportunity to view this feeding activity. Gin and Tonics were served to guests in ‘The Tree House’, a raised wooden platform built around a Jackalberry tree. The territorial predators in the area initially fed in a rather skittish manner but they soon started to get used to the voices and smell of humans and fed comfortably. So the habituation of large predators began. 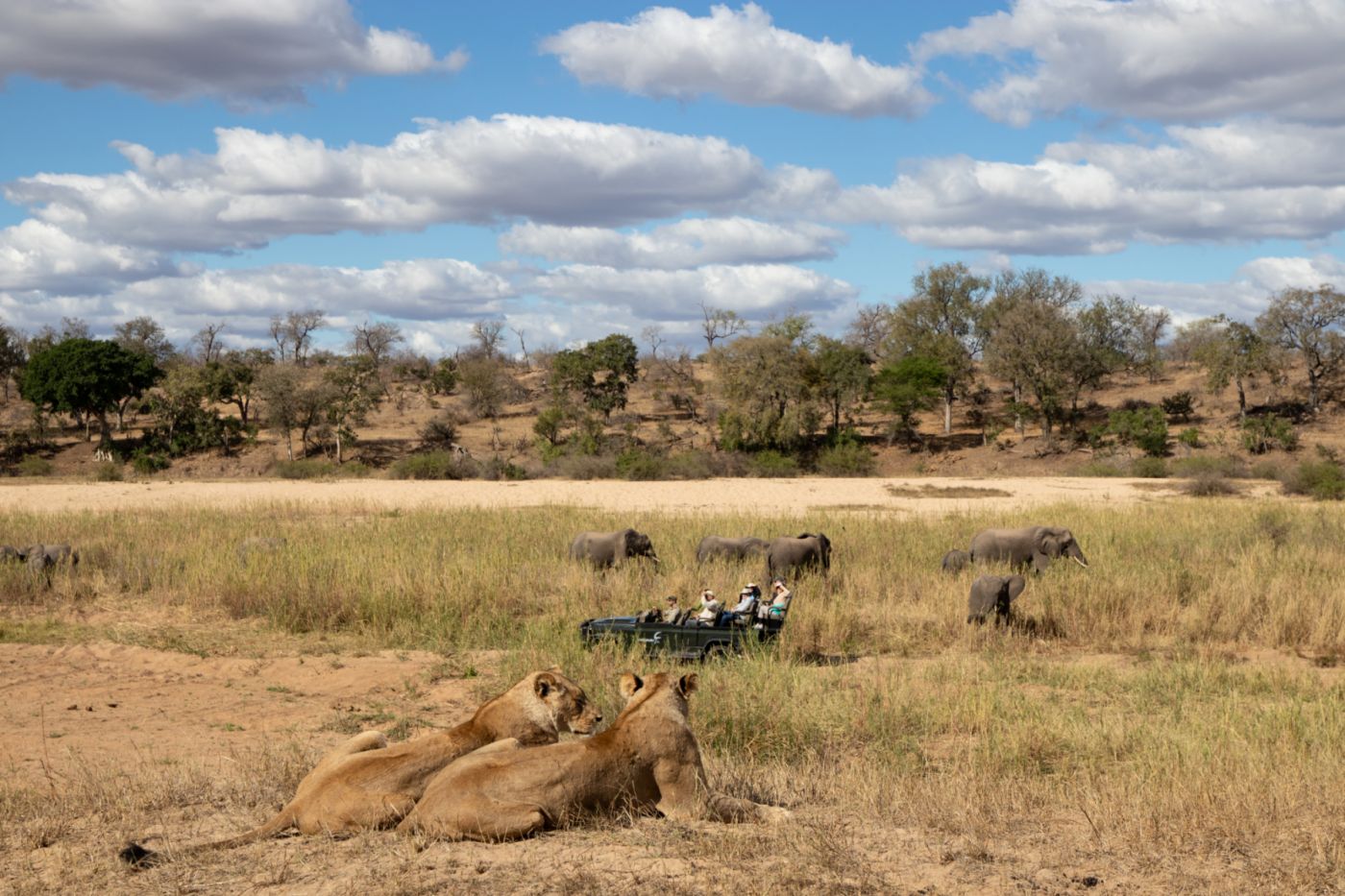 Every animal (including humans) has a ‘fight or flight’ zone where said animal will either runaway or charge should this zone be entered. The zone varies from individual to individual based upon previous - positive or negative - experiences with other animals as well as humans. Game viewing at close quarters is only possible if an individual trusts that its life is not threatened by game viewing vehicles. To this end MalaMala developed a strict driving policy around animals which is now standardised throughout most of the industry. Our predators know exactly how we are going to move around them and they have become extremely tolerant of our presence. Our driving policy limits the number of vehicles at a sighting so as to keep interference with animal behaviour to a minimum. This also affords guests the opportunity to view animals more intimately and exclusively. Animals are always approached by idling into a sighting in second gear, low range, and always at an angle. This ensures slow and smooth driving upon approach as well as being less intimidating than approaching the animal directly. Idling into the sighting also ensures that the sound of the engine remains constant upon approach. We use a fleet of Land Rovers of the same model for the same reason – again, consistency is key. Engines are turned off when animals are vocalising or listening intently and only one vehicle is allowed to move at a time when the animal is stationary so as not to bombard its senses with noise and movement. Animals are viewed at an appropriate distance according to the animal’s demeanour and it is up to our experienced rangers to determine a suitable viewing distance based on the subject’s behaviour. Each sighting is co-ordinated by the senior ranger present at the sighting, via an equally strict radio procedure.

Discipline and consistency is vital to maintaining our relationship with these animals and we strive to respect this subtle contract for all parties involved. Fifty-five years of experience in this field has resulted in thousands of life changing experiences for young and old alike. Long may the magic continue…

“Those were the days when hunters shot many animals without a conscience. Fortunately, these same species now roam the MalaMala Game Reserve unhindered, and the flora and fauna are well protected for posterity, too. Today MalaMala boasts one of the greatest wildlife diversifications in Africa and thrilling game viewing that consistently draws nature lovers from across the globe – as well as some of the world’s most respected wildlife photographers and film-makers.” - Michael Rattray.