It is human nature to find fresh cause for optimism and to keep on believing despite the odds. A year of tragic losses within our leopard population left us reeling and desperately searching for that eternal spring called ‘hope’. While we were doing that, the leopards were getting on with life. New leopards have set up shop and we are delighted to report that a ‘baby boom’ is on the cards.

During 2017 some of our dominant, established and relaxed leopards roared for the last time. Lions killed the Airstrip male, the Treehouse male and the Kikilezi female. The Calabash female was killed by the West Street male and the Bicycle Crossing male died of unknown causes. The Matshapiri female and the Mlowathi female simply vanished. All these leopards were territorial and well known. We had a good idea, locally, of the routes they preferred to walk, the water sources they preferred to frequent and the trees in which they preferred to cache their kills. This made them easier to track. Following their deaths other leopards emerged to fill the voids, some we knew a little of and of some, we knew nothing. Those that were new to us came in from the Kruger National Park and were invariably, not relaxed. 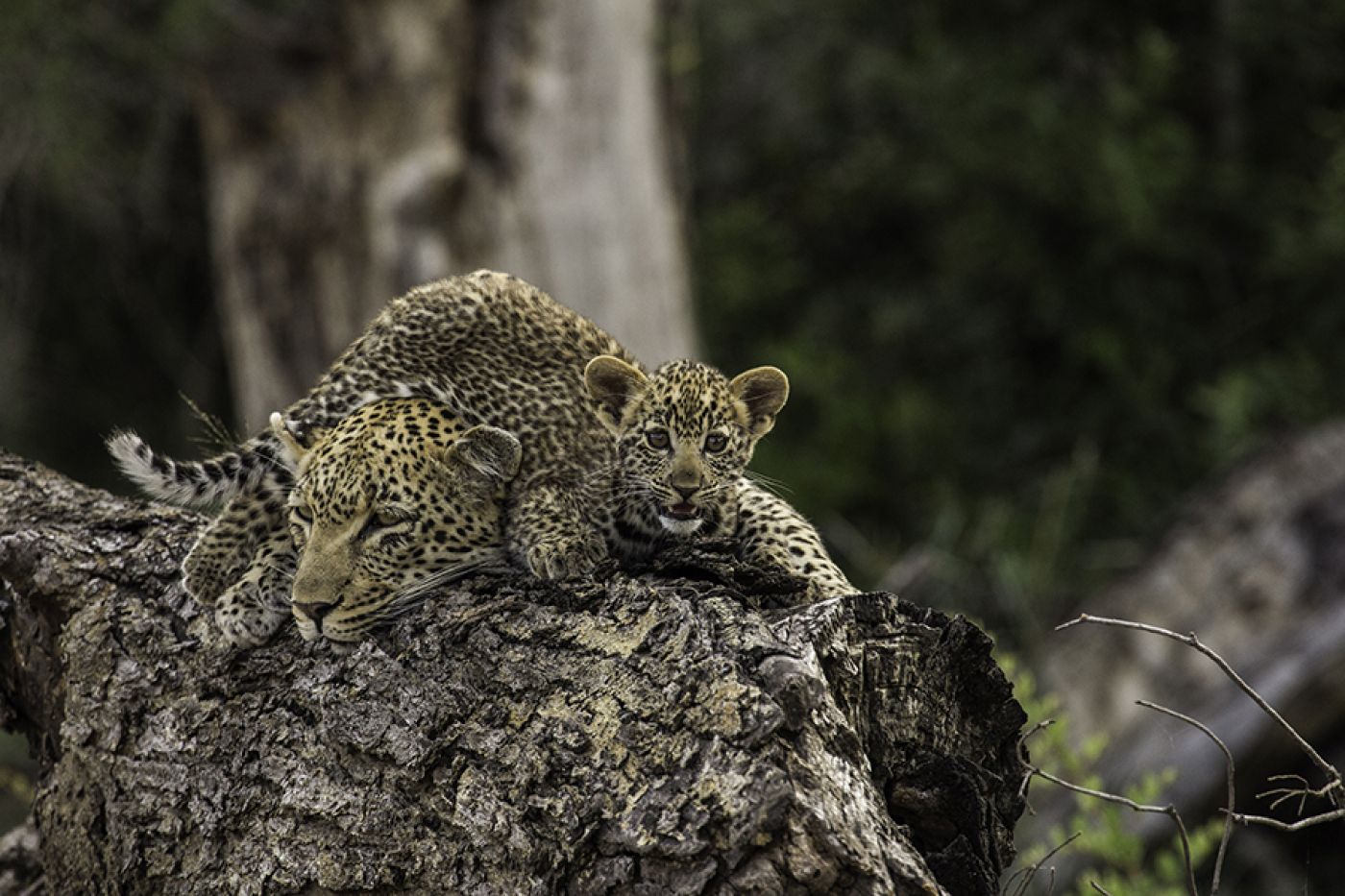 The Lookout female and her cub. By ranger Pieter van Wyk

They would hide or run at the very sight of our Land Rovers. This made them almost impossible to track. In a nutshell, our population remained healthy as we continued to view between 20 and 25 different individuals monthly however, the frequency of sightings dropped. Our rangers worked hard to ‘acclimatise’ these animals and endeavoured to understand more about their patterns and it’s finally paying off. The Accipiter male can now be viewed quite comfortably and the male that has moved into the areas around Mlowathi Dam is now very relaxed at night. We’ve also learnt more about the habits of the Inyathini male and the Senegal Bush male. But perhaps the most exciting news is on the cub front… The Piccadilly female and her sister, the Sibuye female have both just become mothers for the first time. Together with the Emsagweni female (who also gave birth recently) they now join a growing list of leopards who currently have cubs, namely; the Lookout female, the Tamboti female, the Ndzilo female, the Teardrop female and the Flockfield female.

In order not to get carried away we have to remind ourselves of the high mortality rate that these cubs are up against, after all it’s a dangerous world out there. On a more hopeful note, many of these mothers are still young and therefor have, according to recent studies, a better chance of successfully raising their cubs.