In our last blog on elephants we mentioned the pivotal role they play in facilitating ecological processes. But what happens when we suspect an overpopulation of these ‘industrial landscapers’? - The “Elephant compression” debate heats up. Here at MalaMala Game Reserve, this topic normally comes to the fore during our dry-season. From June to November, a midday drive along the Sand River will yield many elephant sightings. Water is scarce now and so the perennial Sand River becomes a lifeline. A glance at the surrounding vegetation will also reveal areas of obvious elephant ‘damage’ easily noticed by dead or dying trees with a ring of bark missing around the trunk. 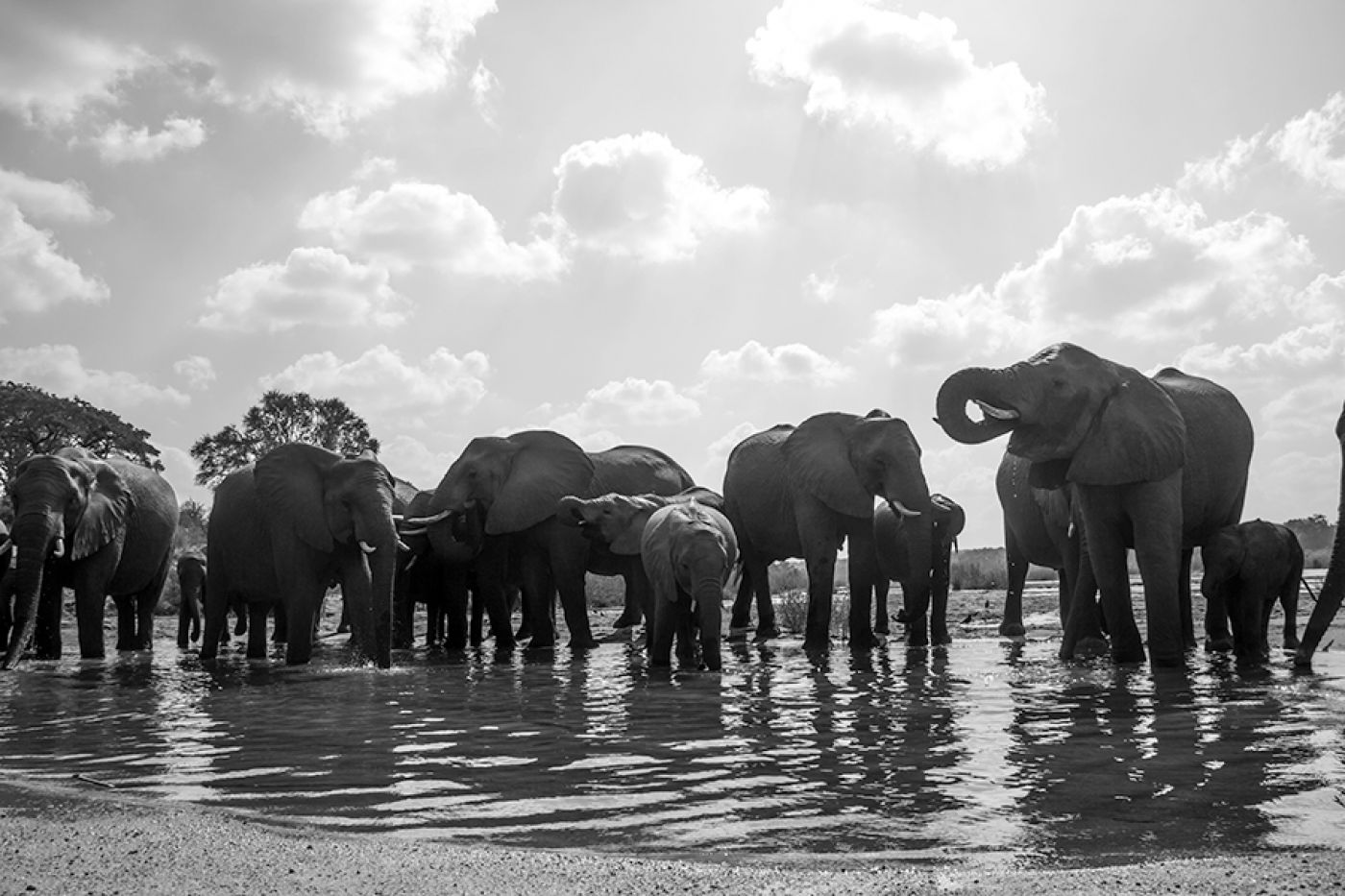 Prior to 1994 elephants were not all that common in MalaMala and the Sabi Sand Wildtuin to our west. In fact, in the combined 130,000 acres there had never been more than 73 elephants in the dry season. But, when the fence that separated private and government land came down in ’94 a dramatic influx of elephants followed. By 1998 the population had jumped to 429 and by 2007 it was over 3000. So much un-harvested bark proved irresistible. Tree bark has high levels of calcium and this is particularly sought after by elephants at the end of the dry season when some species are moving sugars stored in their roots in preparation for flowering and leave production. Bark stripping decreases after the first rains when pans fill up and elephants move back east towards resurging grasslands. In some parts of this ecosystem the impact of elephants, fire and browsing has resulted in big trees being replaced by dense shrub cover. Over time this could have a serious knock-on effect as 40% the ecosystem’s birds are dependent on tall trees for some part of their life. 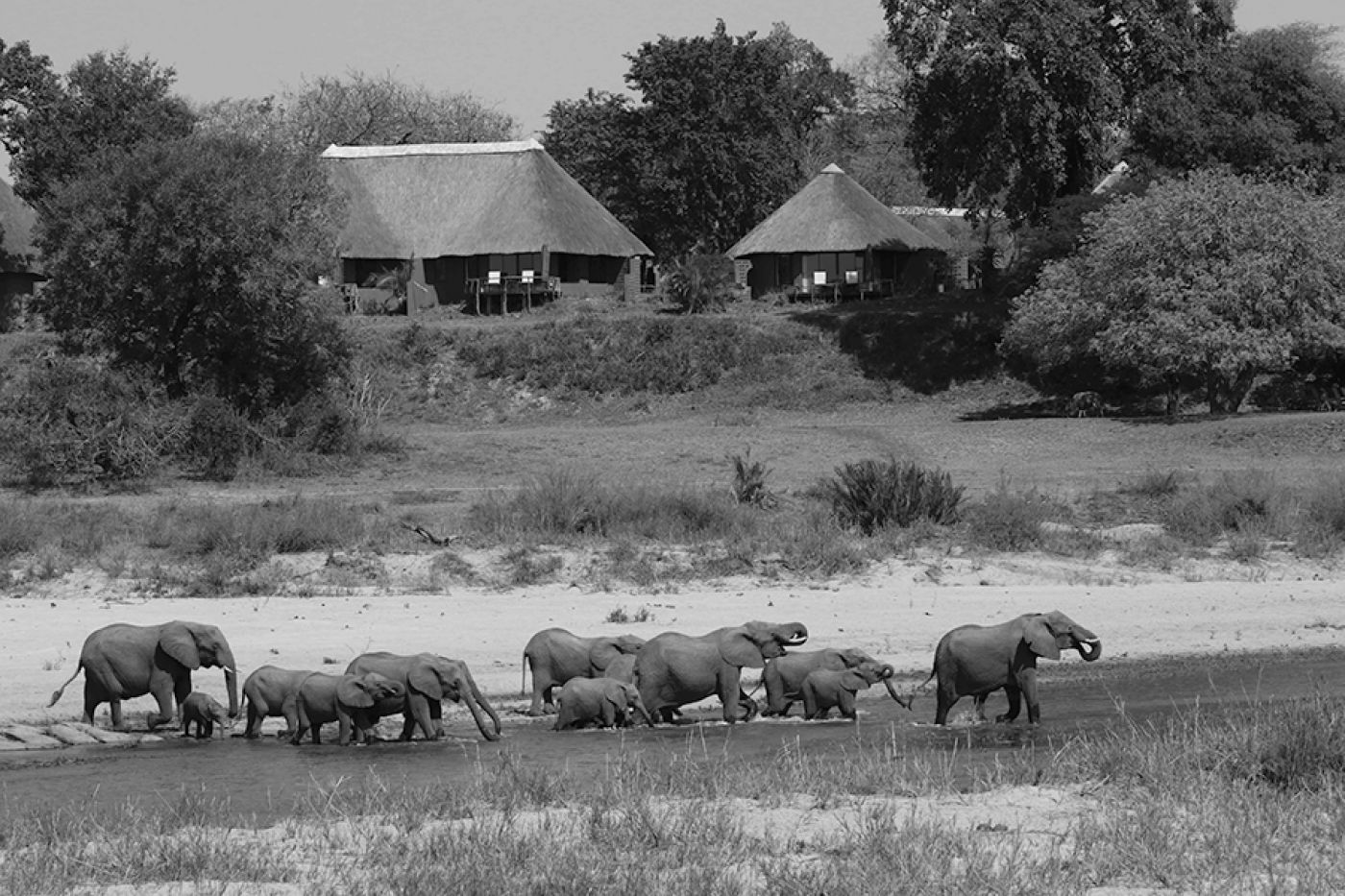 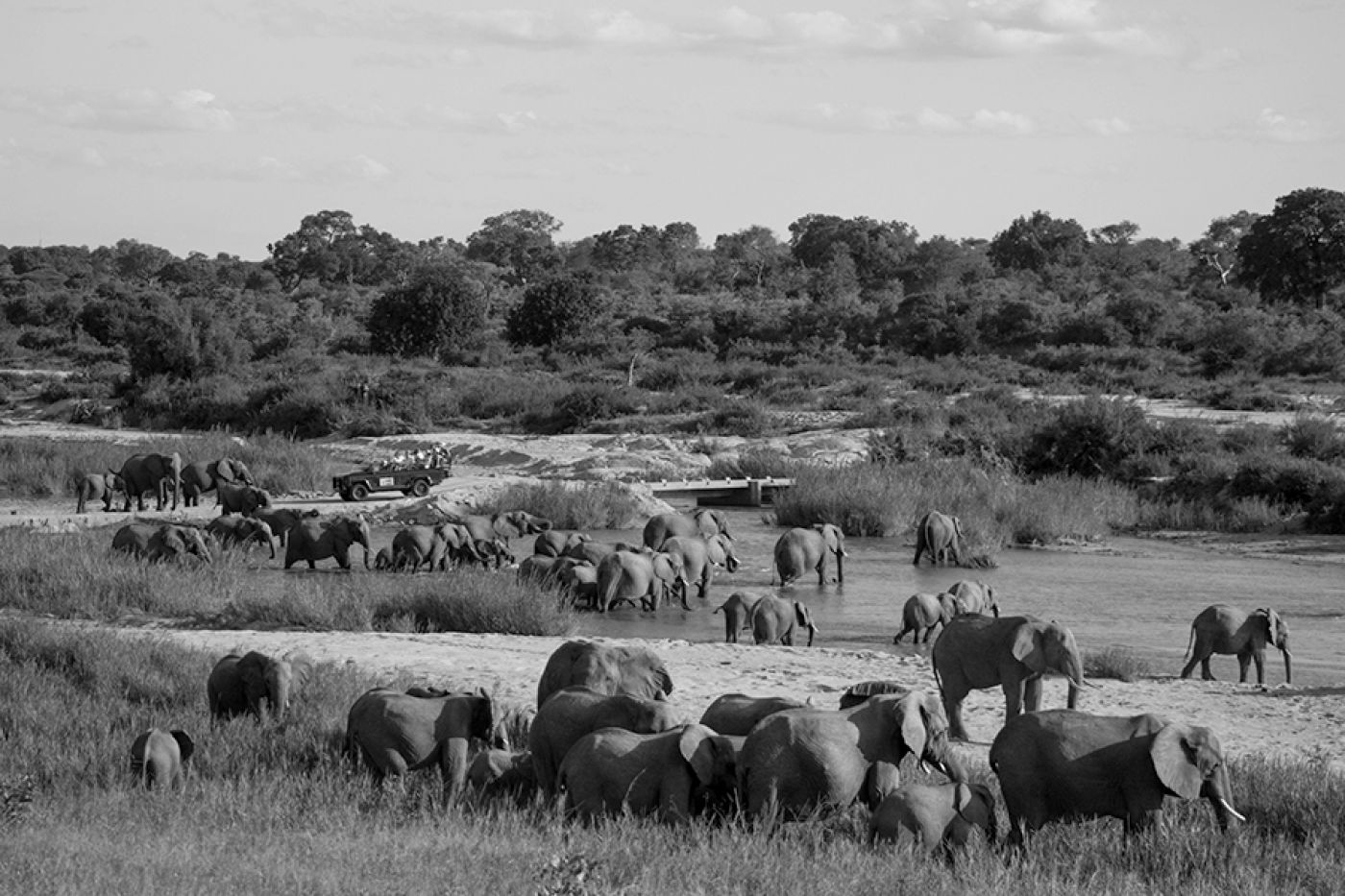 In well-protected areas such as the Greater Kruger Area (includes the national park and adjoining reserves such as MalaMala) the elephant population has doubled every decade or so to levels that are, it is argued, artificially high and unsustainable. The resulting elephant induced habitat change could adversely affect other species and potentially result in large-scale elephant mortalities. Those who prefer a minimal intervention approach point out that die-offs would ultimately regulate populations. In 1965 a symposium recommended that seven species in the Kruger be controlled by culling – elephant, buffalo, hippo, giraffe, wildebeest, zebra and impala. This was in accordance with the prevailing philosophy at the time that adhered to a ‘balance of nature’ concept, which sought to protect the habitats ‘steady’ state. The elephant population was capped at 7000. The culling of the other six species was eventually discontinued when it was realized that most herbivore populations grow and decline in 20-year cycles. Elephant culling continued until 1994 by which time 16,027 animals had been removed. Political change and public outcry led to a policy review and resulted in the suspension of culling. It became apparent that, other than slowing the impact on trees, culling had not achieved its major objectives. It was also observed that after a cull elephants would move in from surrounding areas and population actually increased locally. So if culling did not halt woodland decline, what will? 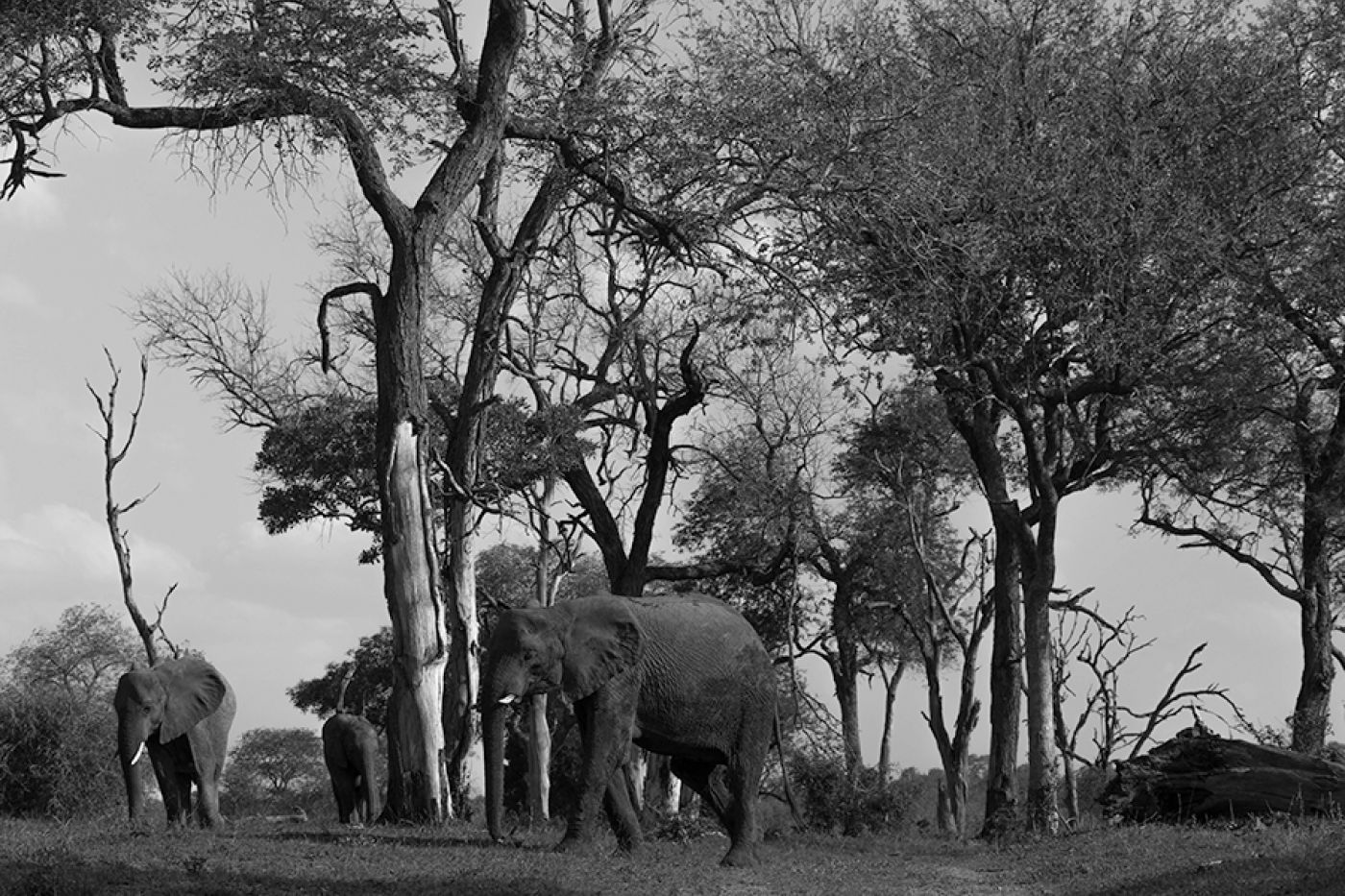 Aerial photographs have shown a marked decline in trees taller than 5 meters but this can’t be attributed to elephants alone. Hungry impalas and other browsers play an equally significant role in that they prevent seedlings from developing into mature trees. Fire may have had an even worse effect with repeated controlled burns preventing young trees from growing. We hope that the ‘new’ burn policy, adopted in 2002 will encourage recruitment of young tress.

Looking back in time, the best case that addressed this compression issue was in Tsavo, Kenya. However, contrary to dire predictions, the habitat proved resilient and widespread irreversible damage did not occur as the riverine woodlands have regenerated. Tsavo makes a strong case for waiting and documenting what happens rather than imposing some preconceived notion of an ideal elephant density before we even know what ‘ideal’ is. We can’t learn much about a reserve’s systems dynamics if elephant populations are kept artificially low. 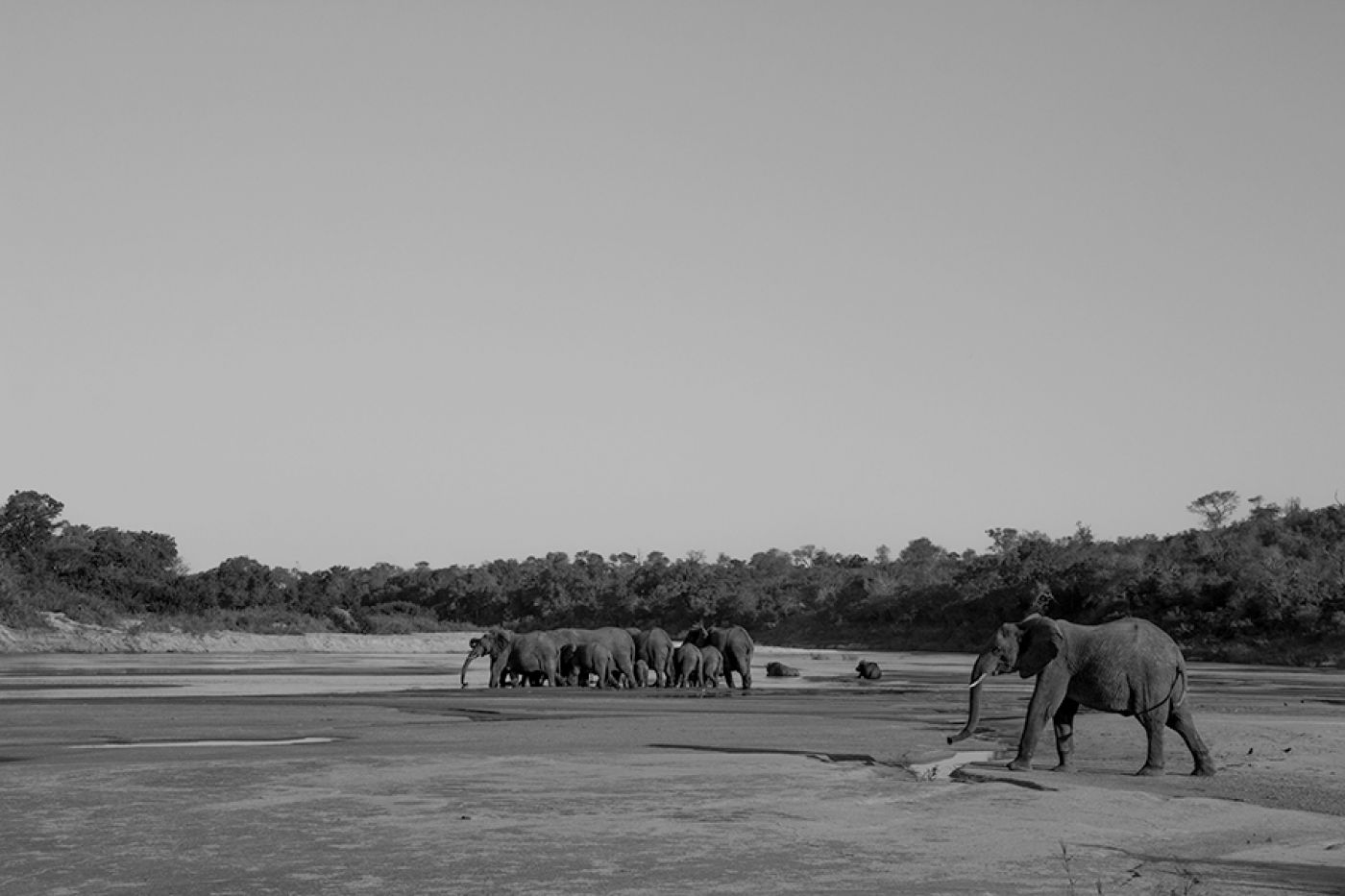 Although conservation managers in Kruger have now adopted a ‘flux of nature’ approach they remain anxious. We simply do not know enough about the biodiversity consequences of elephant impact. Furthermore, in the 20 years since culling stopped the elephant population has doubled.

Is this 4 million acre ecosystem large and diverse enough to allow our biggest herbivore’s impact on vegetation to go unchecked? Time will tell…