Predicting an animal’s behavior goes hand in hand with an intimate knowledge of your subject as well as the terrain. Preempting the creature’s next move is a game that one can only get better at through practice and time spent with animals. In the beginning, you get it wrong more often than not, but slowly the subtle things that an animal does start to hint at what might happen next. The story I am about to tell you is of two events that ultimately led to the ‘lucky’ capture of one the most memorable photographs that I have taken during my time here at MalaMala Game Reserve.

The subjects: The Kambula pride is holding steady at 6 adult lionesses and 12 cubs. 18 lions strong, they are currently the largest pride on MalaMala. The perennial Sand River cuts through their territory and they are frequently seen crossing through it, allowing for excellent photographic opportunities. The low water level at this time of year doesn’t pose them much trouble. However, the rising of the river in summer due to increased rainfall up stream, sees these felines up to their shoulders (or even swimming) in the depths of the Sand River’s current. An especially precarious crossing for young cubs.

The buildup: It was summer. The 6 lionesses and a single male lion from the Gowrie coalition descended the eastern bank of the Sand River, then the females crossed west to where they’d left their cubs on the western bank. We had watched with delight as they edged their way through the flowing watercourse. There was a bit of commotion when they exited onto the opposing bank as the channel was deeper than they had expected. As they ascended up the steep bank, we could hear their low resonant contact calls and it was not long before all 12 cubs came scampering down the bank to greet them with multiple head bumps and nuzzles. While this overload of affection was tugging on heartstrings and filling up memory cards, a more sinister creature was floating down stream. A 6-foot crocodile had become aware of the crossing animals thanks to the sensory nodules and depressions in the skin on its head that allows it to detect even faint movements in the water. Slowly it approached the crossing point that the lionesses had used and sank ominously below the surface. While a fully-grown lioness would be a bit too large for a crocodile of this size to take on, a struggling lion cub in the rivers current would be an easy catch. We watched with bated breath as the lionesses began to lead their cubs back to the water’s edge.

These wild animals are so tuned in to their surrounds that their senses are immediately alerted by any hunch or irregularity. The cubs, swerving between the adults’ legs and pushing each other on the soft sand, were completely unaware of the danger lurking in the depths. But a mother’s senses are always alert. The lead lioness saw the crocodile beneath the surface and let out a low grumble that even made the hairs on the back of our necks stand on end. Immediately the cubs stopped in their tracks. A longer growl was emitted from the lead lioness followed by a deafening roar, aimed at the crocodile. The other lionesses crept forward cautiously, intrigued by their sister’s antics. In unison they all began to emit the same low growls. This was all too tempting for a curious cub who took it upon himself to join the front-lines. He was met with a snarl from an adult and a snap of her teeth sent him and his siblings clambering back up the bank. The noise had alerted the Gowrie male who had decided to stay on the eastern side of the river, where we were positioned. He approached the water’s edge and stepped in, but it was only a matter of seconds before he realized what the females were growling at. Immediately he reversed back out of the water, hoping not to draw any attention to his brief entrance and exit. Eventually the crocodile moved off up river, there was no chance of getting close to something bite size. With that the females moved south to find a more crocodile-free crossing point. They found this a little further downstream, near West Street Bridge. 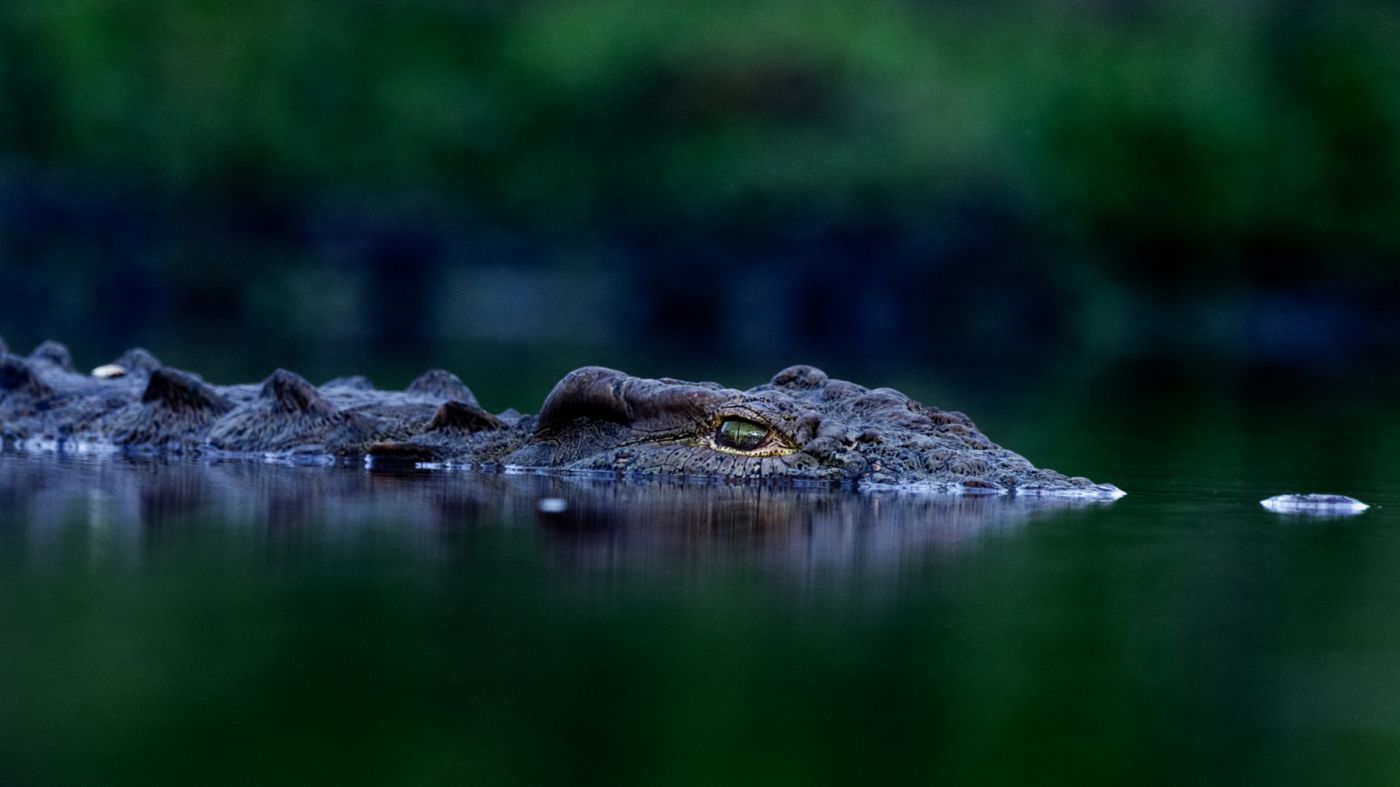 The sighting: A few days had passed since the crocodile scare. We found the 6 lionesses without their cubs, late in the evening, heading north along the western bank of the Sand River towards West Street Bridge. There had been evidence to suggest that the cubs were back on the eastern bank. Since the lionesses had enjoyed that trouble free crossing near the bridge, we guessed that they’d chose to use the same spot again. Now, while Land Rovers hold a dear place in every ranger’s heart, due to their amazing ability of conquering the terrain that we put them through, there is one obstacle that slows them down… soft sand. No matter how hard you put your foot on the gas, the sand will always hold you back a tad. I guessed that by the time we got into position at the crossing point they would likely be making their way across the river already. Then my mind began to calculate. The bridge overlooks the crossing. It would be quicker to get to but we wouldn’t get that low angled head on shot. Then again, the bridge would provide a unique perspective and the spotlights from the other vehicles could provide side or back lighting. I made the call and off we went. As soon as I had switched off the engine and dialed in the correct camera settings the first lioness took the plunge and ventured across the river. With the other two rangers lighting up the scene from below, my guests and I bared witness to an unforgettable sighting and I captured one of my most memorable photographs. Sometimes you do make your own luck out here.