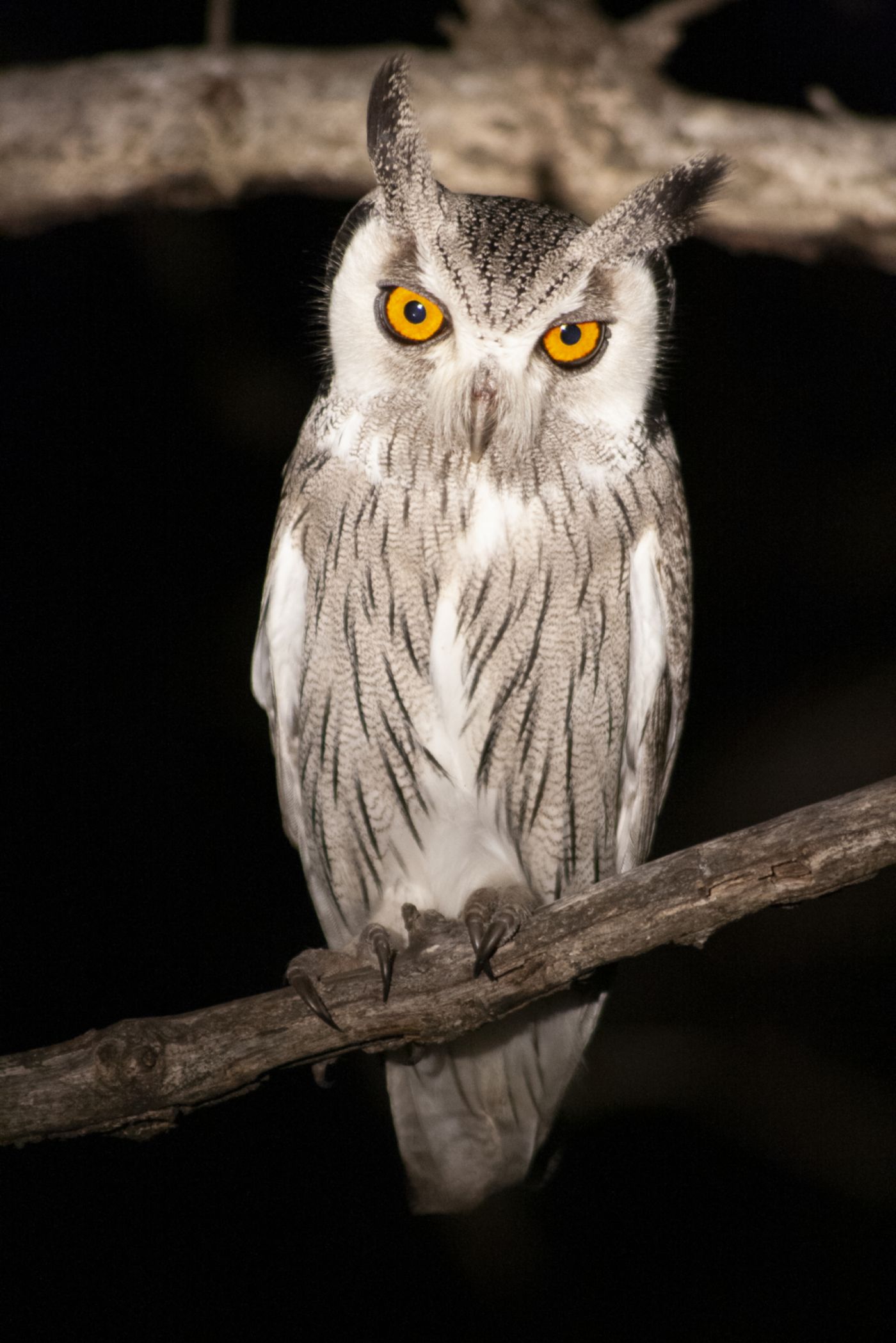 Nightfall has always instilled an element of fear and loathing in most people for obvious reasons. Owls are synonymous with darkness and for this association they have bared the brunt of human superstition in several cultures. These birds are shrouded in mystique and myth but once you start to unravel the truth of their biology and understand the essence of the owl, you will soon become enchanted by their charms.

Let us start with some background and general information. Owls belong to the order Strigiformes which includes about 200 species worldwide of mostly solitary and nocturnal birds-of-prey typified by an upright stance, a large broad head, binocular vision, binaural hearing, sharp talons and feathers adapted for silent flight. Some species have evolved to be active by day as well as at night in order to exploit various habitats and prey, but the majority of these birds are adapted to life in the dark. They will normally hunt a wide range of prey consisting mainly of small rodents, various species of birds, insects and other invertebrates, and some species have even evolved to catch fish. They are found everywhere except the polar ice caps and a few remote islands.

Owls possess large, forward-facing eyes and ear-holes, a sharp hawk-like beak, a flat face, and usually a conspicuous circle of feathers (facial disk) around each eye. The feathers making up this disc can be adjusted to sharply focus sounds from varying distances onto their asymmetrically placed ear cavities. This gives owls the added edge when locating prey in the dark. They have disproportionately large eyes in comparison to their skulls - an apparent consequence of the evolution of such a large eye in a relatively small skull is that the eye of the owl has become tubular in shape. Most birds of prey have eyes on the sides of their heads but the stereoscopic nature of the owl's forward-facing eyes gives them the greater sense of depth perception necessary for low-light hunting. Although owls have binocular vision, their large eyes are fixed in their sockets, as are those of most other birds, so they must turn their entire heads to change views. They are able to turn their heads an incredible 270 degrees due to the fact that they have fourteen neck vertebrae, where humans and most other mammals only have seven. 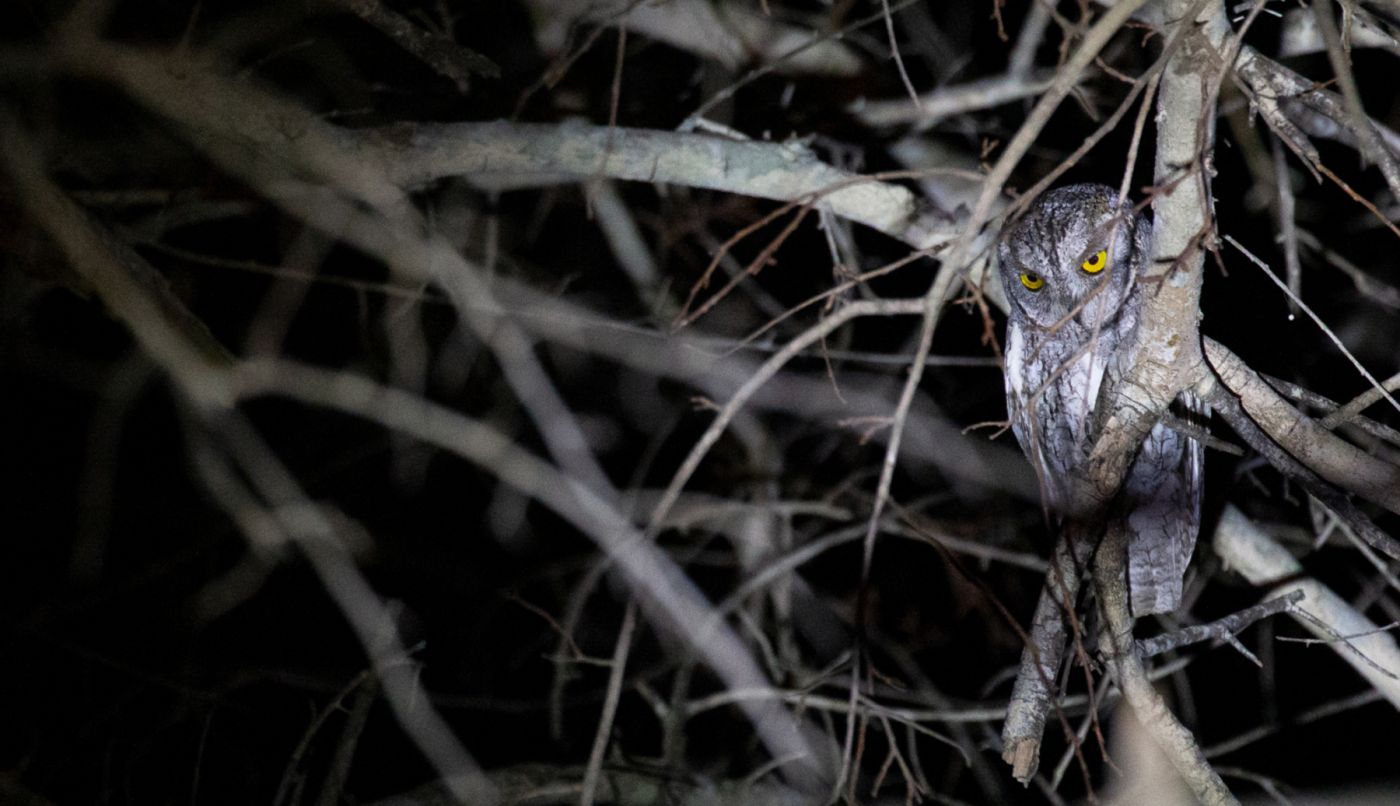 Most owls share an innate ability to fly in near silence giving them a strong advantage over their prey, especially under the cover of dark. Owl feathers have been intimately studied over the ages and their basic structure is what gives them this skill. They are comparatively larger and softer than those of most other birds and have serrated filaments on their edges. These act as an effective sound dampener and almost eliminate any aerodynamic disturbances, thereby causing their wing flaps to be nearly inaudible. Also, to add to this the surface of the flight feathers is covered with a velvety structure that absorbs the sound of the wing moving.

MalaMala Game Reserve is home to no less than ten different species of owl, ranging from the tiny Pearl-Spotted Owlet, to the enormous Verreaux’s Eagle Owl. At the smallest end of the spectrum are the Pearl-Spotted Owlet and the African Scops Owl, measuring in at between 15 and 20 centimeters tall. The former is one of a few species of owl who are often active by day and can capitalize on a bounty of available insect prey, all the while staying well hidden in trees and bushes using cryptic camouflage and only moving when the coast is clear. These fiercely territorial owls have a very unusual call, quite unlike most owls. They use a series of ascending and then descending high pitched whistles. At the top of the group stands the Verreaux’s Eagle Owl, one of the largest species in the world. Standing at a huge 58-66 centimeters tall and weighing up to four kilograms, it is a very impressive bird to behold. Their large size and uniform grey colour are quite distinctive as well as the characteristic ‘ear’ tufts and pink coloured eyelids. They are predominantly nocturnal and are often seen perched on a large dead tree in the very early morning or at dusk. The call is a very deep hooting noise repeated two or three times and the juveniles make a fairly high pitched shriek when seeking food from their parents. They usually nest in abandoned nests of the Hammerkop, a massive structure of twigs and grass in a tall evergreen tree. The owls are monogamous and normally have one or two offspring at a time in the spring. They are supreme predators and will catch large numbers of rats and mice, although their preferred prey is the scrub hare. They also catch game birds like francolins, guinea fowl and ducks and have been known to take mongoose, genets and even small monkeys. 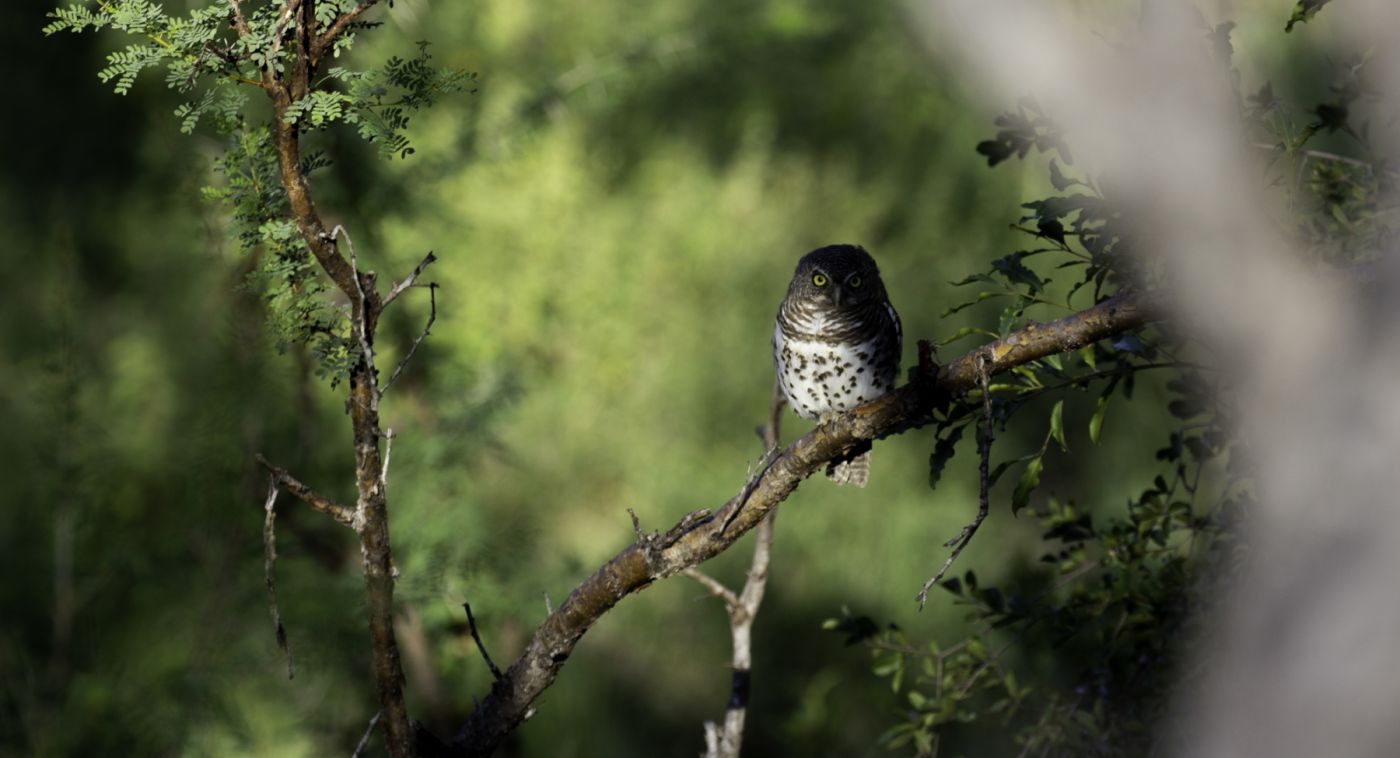 Owls play a vital part of the ecosystem and do a fantastic job of reducing rodent populations. Sadly many species of owl around the world are becoming less common due to conflict with humans in the form of habitat destruction, the increasing number of roads and traffic and also due to persecution because of fear originating through myth and superstition. In local cultures, owls are seen as harbingers of doom and if an owl lands on the roof of your house and calls, then tremendous bad luck will follow. Too often people will kill any owls found in the area to prevent this from happening to them. Some people will even go as far as burning down their own dwelling if an owl is seen landing on the house. Sadly this is a completely false myth and if anything owls will bring good fortune to a household by ridding them of rodent pests.

All birds are, in our completely unbiased opinion, amazing and interesting. But few capture and ignite the imagination quite like those feathered creatures that become active after sunset and fly on silent wings.