With the Manyeleti River flowing again for the first time in two years, a pool of water had accumulated around a large set of granite rocks. At that point, the southern bank of the river is adorned with large trees within lush thickets while the northern bank is a steep and rocky cliff face on top of which grows a stand of euphorbias. It’s the type of setting fit for Africa’s most beautiful cat and it was the scene of an incredible sighting on Friday.

The thought had barely passed through my mind when we rounded the next bend and were greeted with the sight of a female leopard sitting on a granite rock beyond a small pool of water. It was the Piccadilly female and she was staring back at her 4-month old cub that had not yet gathered the courage to cross the body of water that separated them. The faint call of the female leopard could be heard just over our collective whispered excitement. 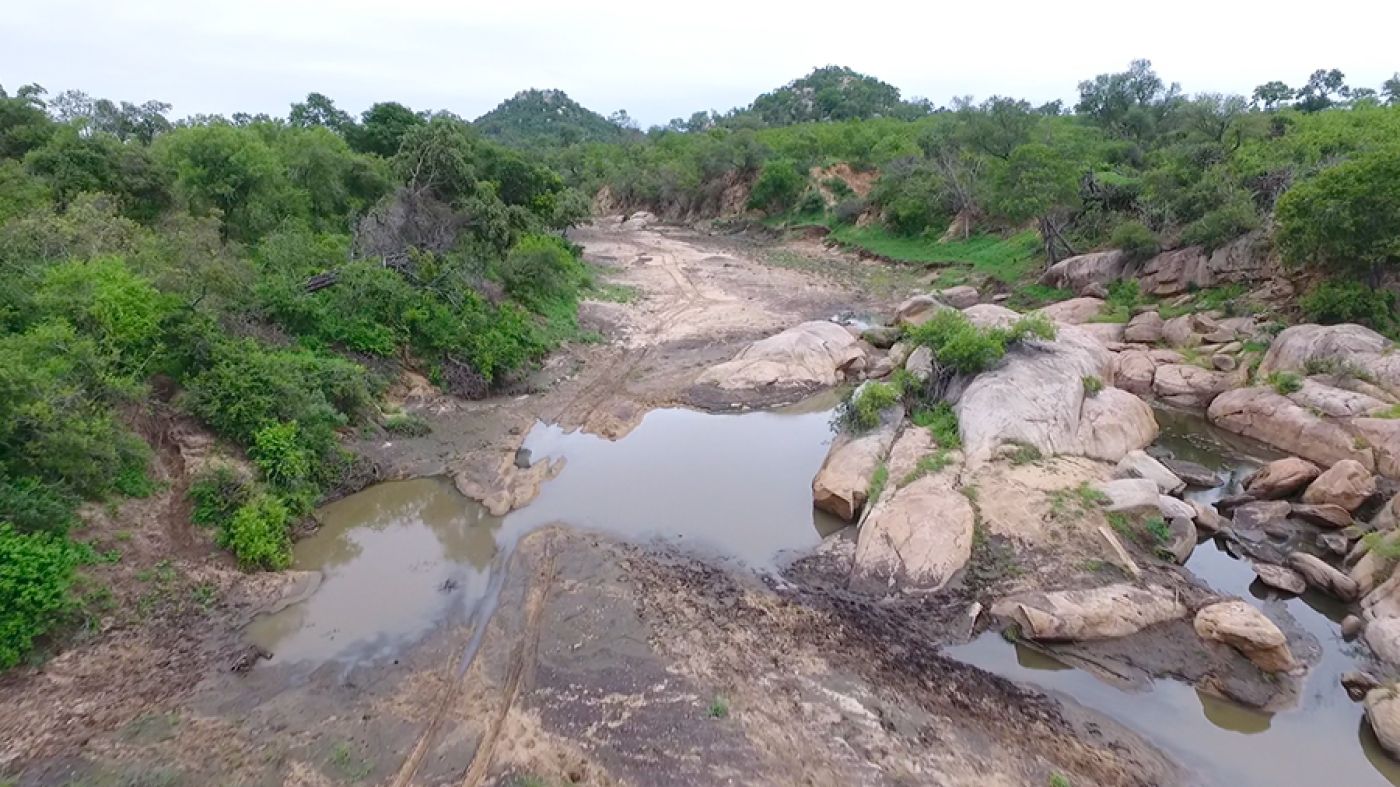 The Scene of the Crime by ranger Pieter van Wyk

But before we could gather ourselves, pandemonium broke loose. A herd of very skittish impala ewes came cascading down the bank. The mother abruptly lost interest in her adolescent cubs fears of water and quickly crouched into pouncing position. In a flurry of snorts and splashes the herd ran through the pool of water right next to where the leopard was crouching. As swiftly as ever she bounded over the rocks to cut the impala off on the opposing bank and as the first ewe cleared the water, the leopardess was there to greet it. The Piccadilly female stopped the antelope in its tracks, administered the finishing touch and then dragged her bounty to the water’s edge.

The cub, with newly found motivation to conquer the fear of a small pool, had crossed the water and watched the spectacle from where her mother was previously perched. The cub learned a valuable lesson that day… it will have to master its reflexes. Life as a leopard means that you have to pounce on opportunities when they present themselves. Expect the unexpected.