“What does it take to become a ranger?” A question that’s often asked. Last month we spoke about the initial steps one has to take on the journey to becoming a ranger. In a nutshell, these were the qualifications needed to be seen as a guide in the eyes of the law. But this is only half the battle. Next you have to apply for jobs, go for interviews and once accepted, each reserve has their own training period. Here at MalaMala that usually lasts between two and three months. The program itself has barely changed over the decades so here’s a taste of what almost every MalaMala ranger has and will go through. 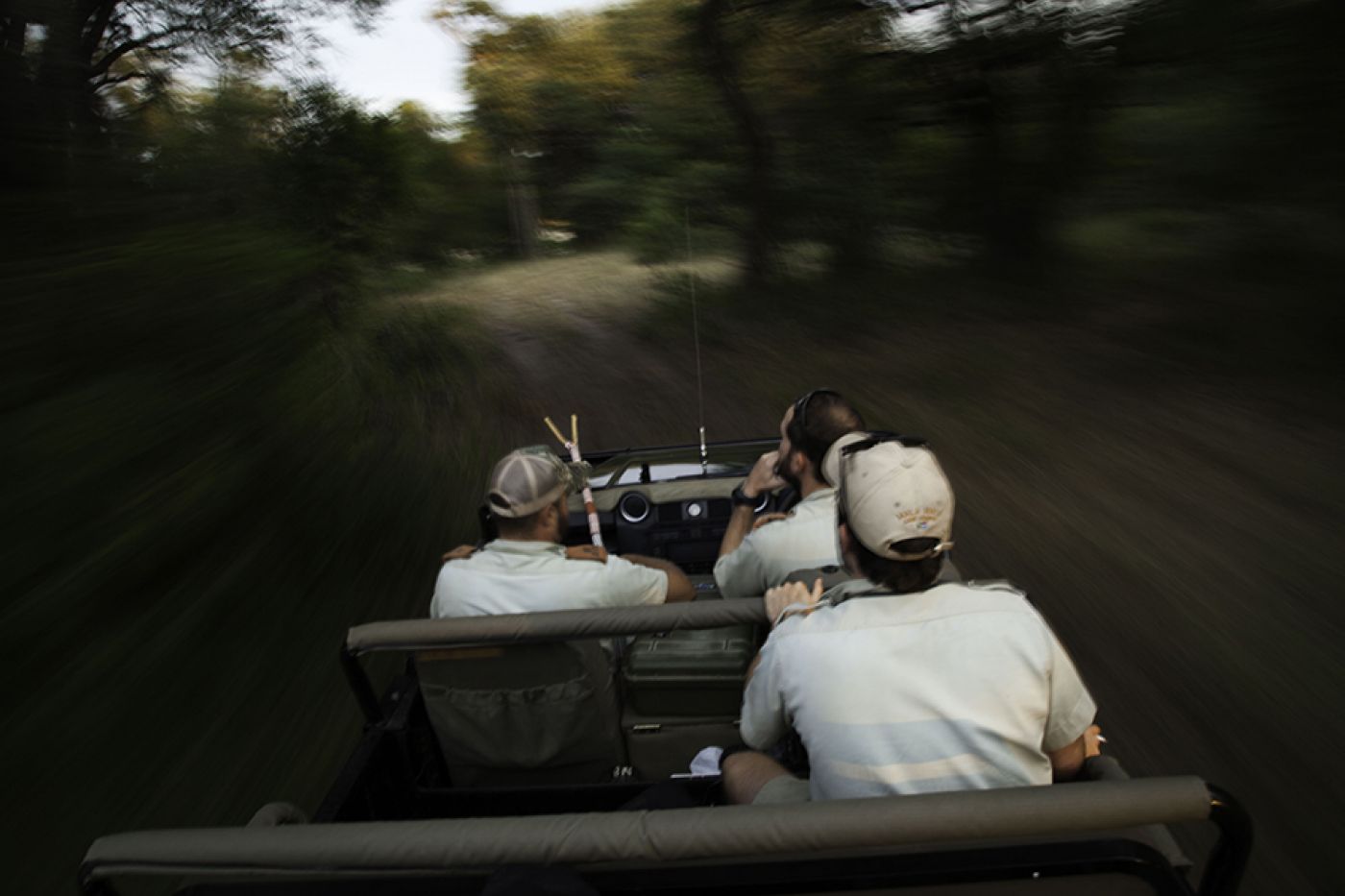 Rangers going out on patrol by Johannes D Welman

Picture it… You’ve packed up and driven hundreds of kilometers away from home. You’re running on the high that comes with new beginnings. Your hope and excitement levels are only kept at bay by nerves. The butterfly in your stomach, a reminder of your new employer’s reputation: It’s the oldest and largest private game reserve. It’s where the photographic safari industry was born. You know it’s renowned for having the best game viewing. You know the rangers work harder than anywhere else and their held to a high standard. Will you be good enough? Will you fit in?

Before the training even starts two indelible impressions are made. First is the remoteness of the reserve. As you leave behind ‘civilization’ and enter the Sabi Sand Game Reserve you see signposts indicating the distances to various camps. MalaMala is the furthest away. As you drive down the dirt road you pass several camps, a few delivery trucks, other vehicles and the odd animal. The deeper you venture into the wilderness the more animals you see. The signs of human habitation fade away. Eventually it’s just you, the road and the wildlife. You can’t help but get excited. Arriving in camp you’re warmly greeted by a ranger who shows you around. That evening you do a little meet and greet with rangers as they return from game drive. This is when the second mark is made and it stirs conflicting emotions. After introducing themselves you observe your new colleagues interacting with each other: joking, laughing and the like. It quickly becomes apparent that this is a tightly knit team of friends. You can’t wait to truly become a part of it but at the same time the butterflies in your stomach caution at the ease of integration. 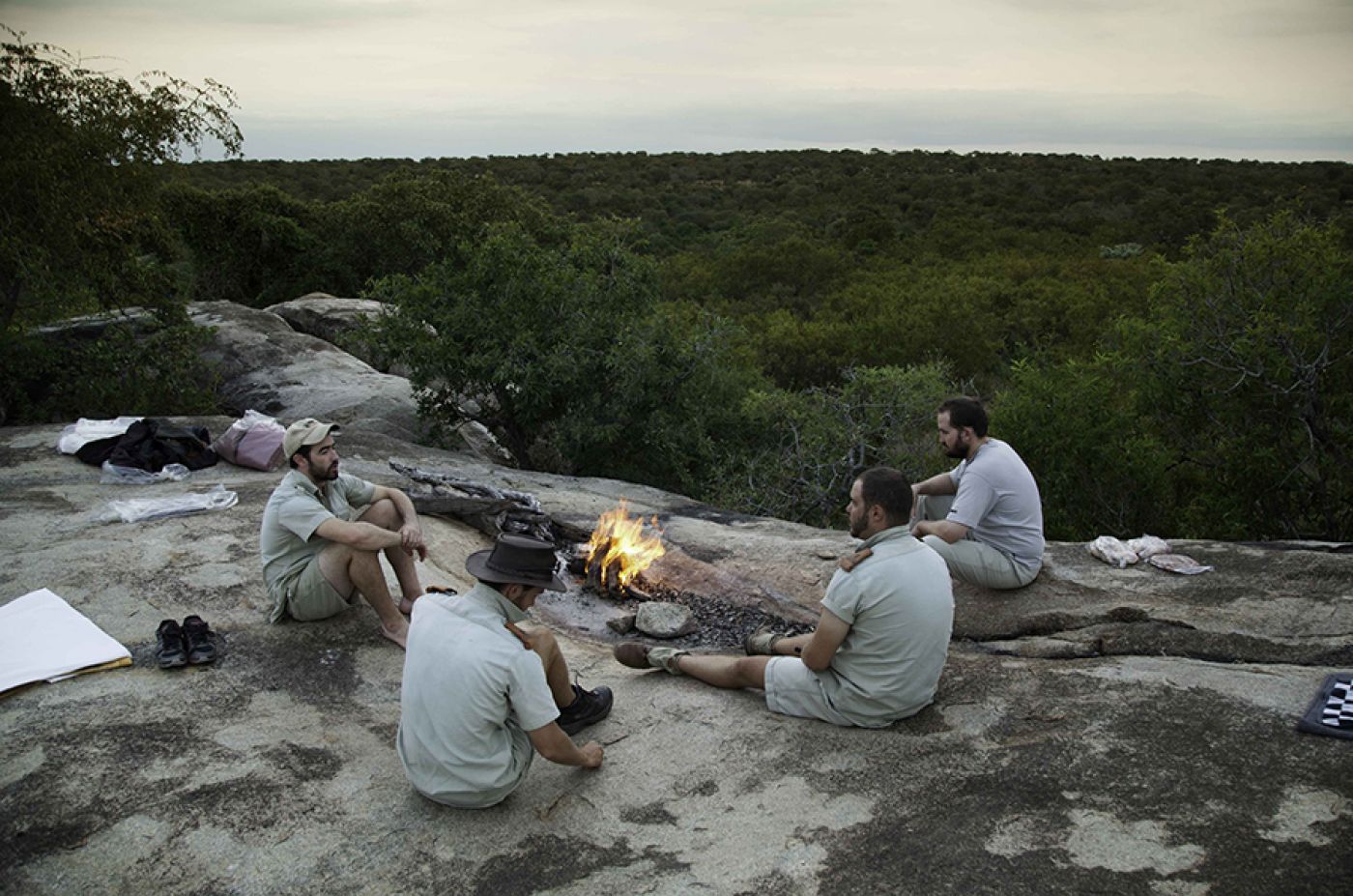 Rangers camping out on a koppie by Johannes D Welman

The following morning you receive your uniform barring two small but significant items. The training program is laid out in front of you. You’re given all the relevant training material, including, among other things, the Ranger’s Code of Conduct and a copy of ‘To Everything it’s Season’ – a book that covers the history of MalaMala. Over the coming weeks you’ll have to study these in preparation for a test. The first part of the training is understanding how the camp runs. To achieve this you’ll spend a week working in the various departments. Only once the head of each department is satisfied will you move to the next. The following week will be spent studying, brushing up on your knowledge of the natural world, and the aforementioned materials. You’ll then be tested on everything from bird calls, gestation periods and astronomy to the locations of circuit boards, telephone extension numbers and all operational procedures. If you fail then you’ll try again a week later. If you pass then you’ll be cured of the ‘cabin fever’ that will undoubtedly built up… it’ll be time to start learning the roads. For the following two weeks you’ll spend every daylight hour in the bush. Just you, a Land Rover, a map and a packed lunch. After that you’ll be sent out at night. Again you’ll be tested. If successful you’ll move into the ‘shotgun phase’ during which you’ll shadow various rangers, accompanying them during game drives and when hosting meals. The final hurdle and arguably the most nerve wrecking part comes next… the assessment drives. Your ‘guests’ will be upper level management staff and you’ll have to deliver a complete MalaMala game drive experience. If you pass, that’s it! You’ll get your wings (the terracotta epaulets that adorn each ranger’s shoulders). This will take place during a small initiation ceremony, the details of which will remain a mystery until that moment arrives.