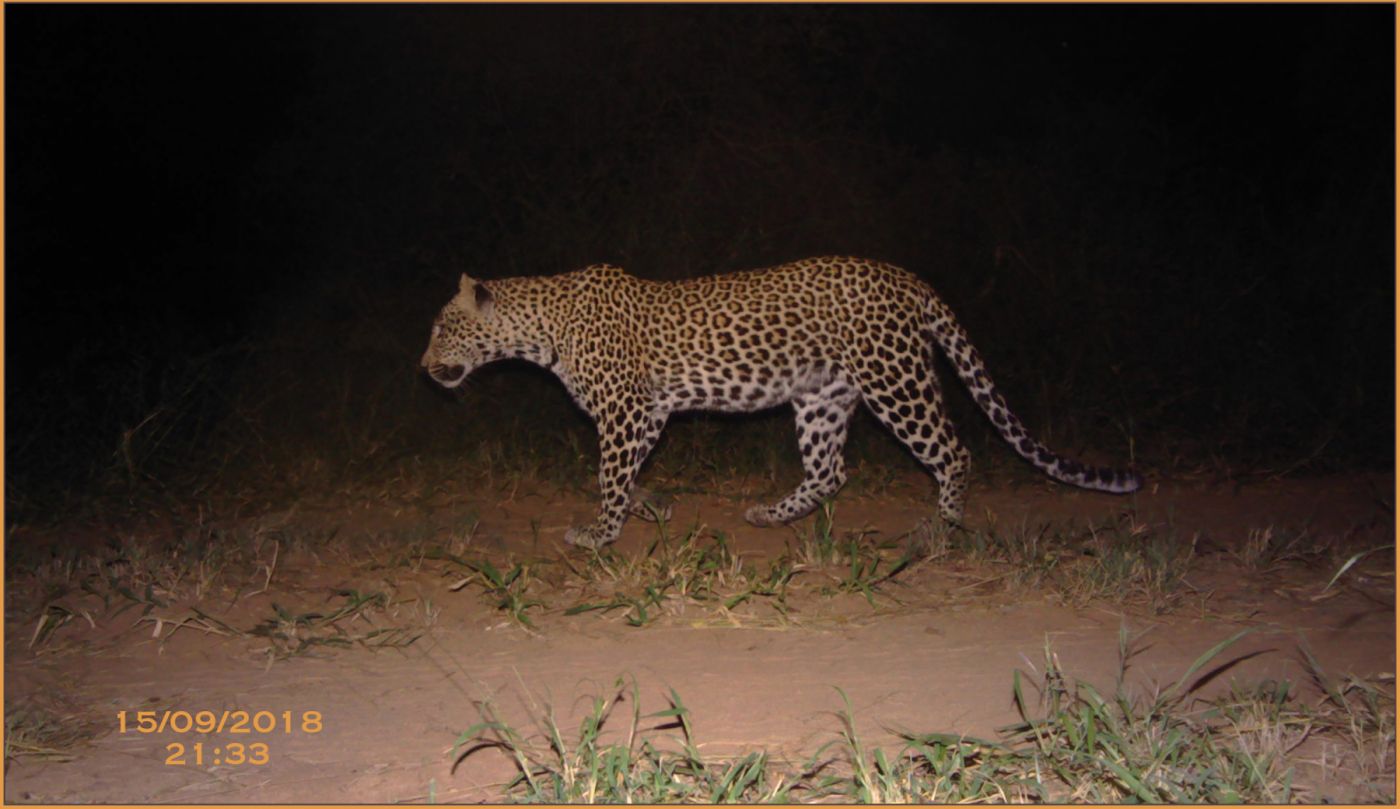 Individual leopards photographed by camera-traps can be distinguished by the unique spot patterns on their coats, enabling the robust estimation of leopard population density using capture-recapture statistics.

Over the many years since our inception, Mala Mala Game Reserve has been the focal point of several documentaries and research studies. Indeed there are currently two studies being carried out on the reserve, one of which is being done by Panthera, a charitable organization devoted to preserving big cats and their ecosystems around the globe. In this article, we'll touch on their motivation for this study which focuses on leopards.

Leopard populations are in free-fall across much of their range, yet the species is generally assumed to warrant little conservation concern. Importantly, there are few reliable estimates of leopard populations anywhere that they occur and their management is based more on anecdote and experience than hard science. Recent advances in technology and statistical analyses have overcome some of the challenges inherent in monitoring cryptic carnivores such as leopards. Remotely triggered camera-traps are now widely used in combination with spatial capture-recapture sampling to estimate leopard population densities. Such information is key to informing leopard conservation policies and assessing the effectiveness of management decisions.

Panthera has been mandated by the Department of Environmental Affairs to develop a national leopard-monitoring programme for South Africa. They have conducted more than 90 camera-trap surveys across 30 sites throughout the country; without a doubt, the most intensive monitoring effort so far undertaken on the species. The results to date are alarming; many leopard populations are declining, some rapidly. In other sites, leopard densities appear to be depressed. However, almost all the sites that we have surveyed suffer from human disturbance, even if this is through an "edge effect" {Balme et al. 2010}. Consequently, there are few estimates of undisturbed populations where leopard densities reach the natural threshold set by prey and competition. Such data are crucially required to act as reference points to establish the ecological carrying capacity of populations i.e. how many leopards there should be in a system in the absence of anthropogenic pressure. This information is needed to determine which leopard populations are depressed, the extent to which they are depressed, and to establish quantitative conservation goals.

A map of Mala Mala indicating where the camera traps were placed as well some of the other species captured.

The MalaMala Game Reserve and the Sabi Sand Wildtuin {hereafter MM/SSW} hosts one of the best protected leopard populations globally. It is also one of the best known, both from an ecotourism and a scientific perspective. Sightings data collected by the camps and analysed by Panthera form the basis of several important studies on the species, improving our understanding of leopard behaviour and ecology {e.g. Balme & Hunter 2013; Balme et al. 2013; Balme et al. 2017), as well as informing their conservation {e.g. Balme et al. 2012; Pitman et al. 2016}. In July 2017, Panthera undertook a camera-trap survey in the central MM/SSW to establish the first rigorous estimate of leopard population density for the reserves. This not only allowed them to contextualise the findings of their research in relation to other leopard populations, but also provided valuable insight on a range of other species. In total, they captured 12,557 unique photographs of wildlife, comprising 44 species. While this first survey established a useful baseline for the MM/SSW, it is likely that leopard density {as well as the densities of other species) varies across the reserves, given the notable variation in habitat, prey numbers and management practices. Some species may also exhibit seasonal differences in distribution and abundance. Accordingly, Panthera will repeat the camera-trap survey in another part of the reserves during the wet season of 2018. This will allow them to gauge how leopard dynamics and density varies across both space in time the MM/SSW. More broadly, it will provide another rare estimate of a leopard population under natural conditions and contribute to South Africa's ongoing national leopard monitoring programme.