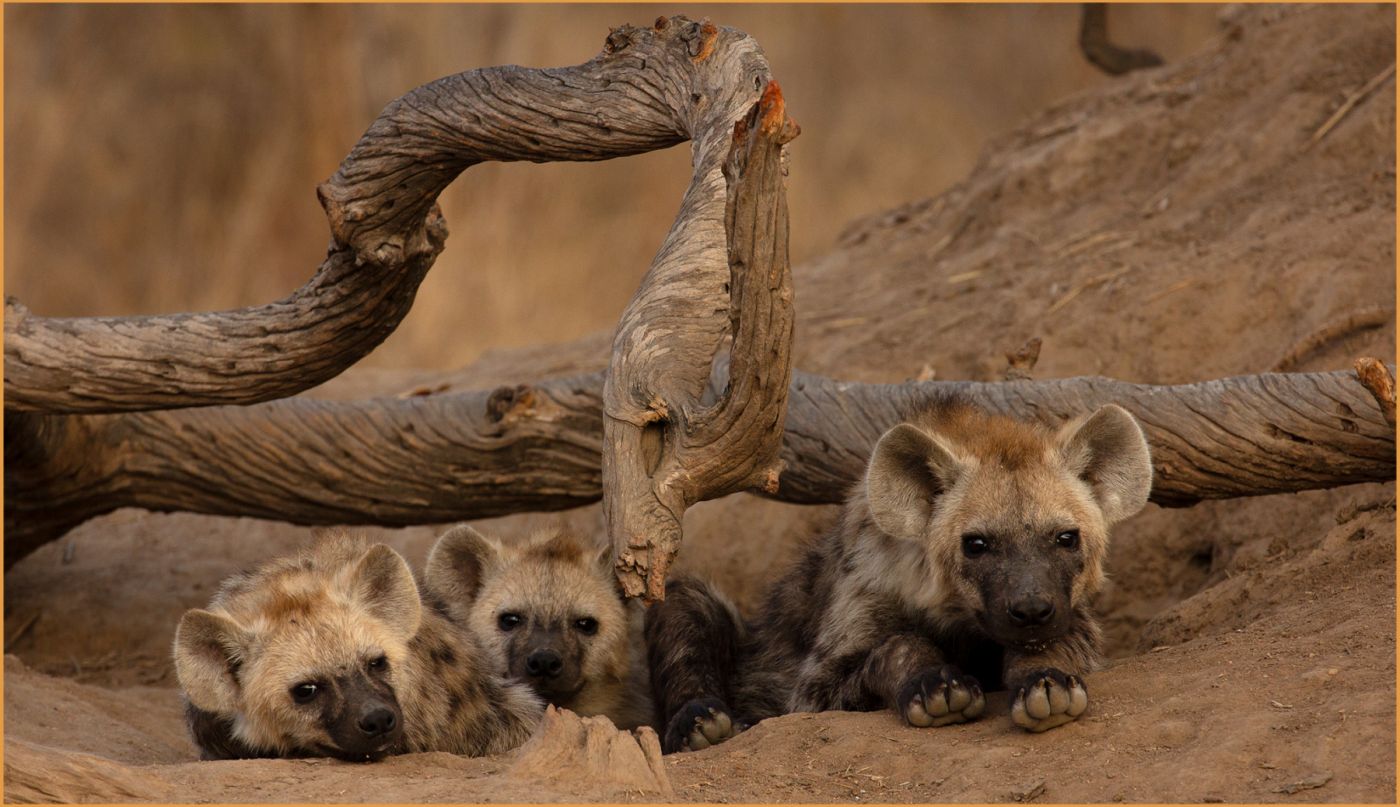 Disney recently released their much-anticipated remake of the Lion King. The original movie (first screened in 1994), was a huge success in almost every corner of the world. Indeed, many rangers like myself watched it when we were little urchins and it has remained close to our hearts ever since. If you think I’m exaggerating I’d suggest you put it to the test by humming any one of the songs in the movie next to a ranger and they’ll probably carry the tune or provide you with the lyrics! Naturally we were all rather excited when news reached the bush that a new and enhanced version was on its way to the big screen. However, not everyone out here shared that optimistic sentiment… Hyenas are still feeling the brunt of being severely misrepresented in the original film. If they had harnessed any hope of being spared in the new film, they did so in vain. If anything, they came off worse than before! All the negative stereotypes and injustices were enhanced by state-of-the-art computer-generated graphics.

For those who haven’t watched either version (where have you been?!) here is the basic storyline: Simba, a lion cub crown prince, idolizes his father, King Mufasa, and takes to heart his own royal destiny on the plains of Africa. But not everyone in the kingdom celebrates the new cub's arrival. Scar (Mufasa's brother and former heir to the throne) and his gang of hyenas have plans of his own. The battle for Pride Rock is soon ravaged with betrayal, tragedy and drama, ultimately resulting in Simba's exile. Now, with help from a curious pair of newfound friends, Simba must figure out how to grow up and take back what is rightfully his.

Hyenas are the bad guys. They are portrayed as sinister and ugly creatures. As a result, many guests who visit MalaMala Game Reserve do so with a preconceived notion of what it is to be a hyena. As a ranger I feel it is my duty to respect each and every creature, no matter their role in the environment, and then to hopefully show you the guest just how wonderful they all are.

The spotted hyena is the only species of hyena we see on MalaMala and it happens to be the species represented in the movie. Sightings are common and the most recent camera trap surveys have revealed to us that the hyena population is thriving. Even our night security guards report hyena sightings in camp almost every night.

Guests will often ask me what my favourite animals are and I find hyenas to be quite high on the list. So why do I find so much joy in watching hyenas you ask?

Firstly, young hyenas are incredibly cute but they’re also very curious and inquisitive. Of all of the young animals we see they seem to be the ones that get used to our vehicles the quickest - to the point where they’ll actually walk right up and peer at guests before nibbling on the tyres.

Secondly, the females are dominant over the males. Hyena society dictates that even the lowest ranking female outranks the highest-ranking male, irrespective of their age. Another important factor is how closely related you are to the queen of the clan. A female cub born to the queen outranks every other hyena in that clan from the day they’re born. When sitting at a den you can sometimes pinpoint which cubs are male or female just by their behaviour. Female cubs often bully the male cubs during ‘playtime’ and when they go to suckle you can see which cub is dominant and which is less so. The mother hyena will lie down on her side and the more dominant cub will lie down on the ground in the gap between moms front and back legs to suckle, the lower ranking cub will lie next to its mother‘s tail with its head between her back legs to reach her teats.

Thirdly, hyenas aid in decomposition. Hyenas are incredibly good hunters but they are also intelligent and opportunistic animals and will jump at the chance of a free meal. With one of the strongest jaws in the animal kingdom the hyena is able to chew up bones as thick as a giraffe’s femur! They are the cleanup crew after the feast. Imagine how bad it would smell on safari if all of the old carcasses were left to rot in the hot African sun, never mind the potential hotbed for diseases.

A few months ago I watched a young male leopard in a small bushwillow tree eating an impala carcass. The leopard in question was one of the male cubs of the Emsagweni female and just over a year old. That being said it was clear that he was still getting the hang of the whole balancing on a branch whilst eating thing. The impala carcass had been slung up quite badly and as the cub fed he kept having to reposition his meal. Suddenly a piece of the impala broke off from the carcass and came to rest in the lower branches of the tree, out of his reach. The two hyenas that had been lying under the tree, patiently waiting, sprang into action. They stood under the piece of meat and stared at it, one jumped up but the meal was just out of his reach too. A few minutes later, after much deliberation, one of the hyenas started to jump up again. This time it kept trying to bite and break the branches the meat was resting on. We never saw whether the hyena succeeded or not but this made it very clear just how intelligent the hyenas were. They were trying to problem solve!

So, the next time you see a hyena you should definitely give it the credit and respect it deserves. Instead of labeling them as evil and lazy I think we should see them as intelligent and calculating.