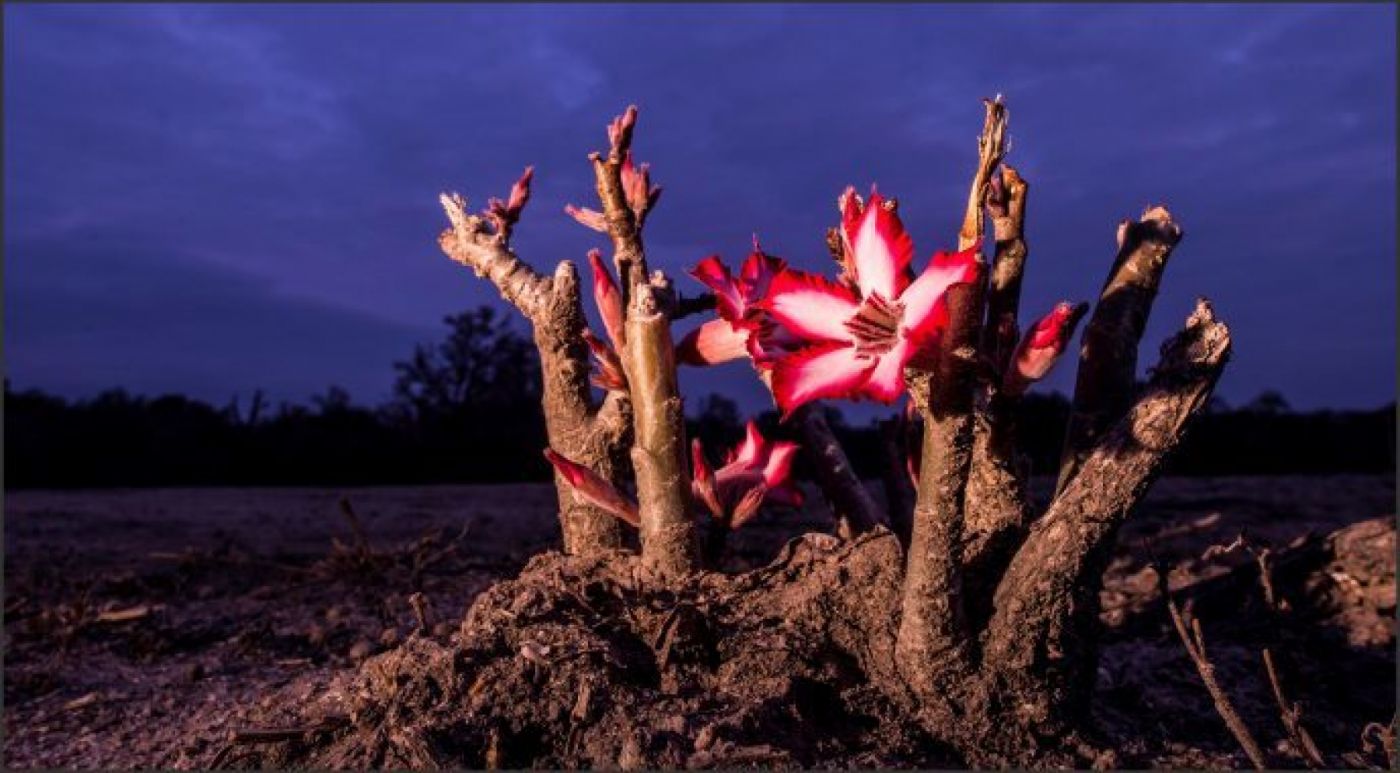 We are entering the dead of winter. Mother Nature has discarded her lush green summer dress, slipped into a brown winter robe and climbed under a thick dusty blanket. At first glance one may find it rather drab but we’ll argue that there is just as much beauty in the current landscape as there is in summer. Our dry months paint in colours that summer rarely sees, especially with regard to foliage during the first half of the season, when every dying leaf turns into a flower. Their last days are filled with colours ranging from golden yellow to a deep red and burnt orange. Then, during this month, winter plays the ace that she’s been hiding up her sleeve: Adenium multiform,the Impala Lily. Unmistakable brilliant splashes of pink adorn the landscape when these succulents burst into blossom.

For most of the year these plants resemble miniature Baobab Trees, devoid of both leaves and flowers. This assists in reducing water loss in the harsh arid environment in which these plants survive. As an added adaptation to surviving the desiccating environment at this time of year these plants store water in their stems and have a cylindrical shape – which minimizes surface area (over which the plant loses water) relative to its volume.The Impala Lily also contains watery latex, which is highly toxic. Domestic animals have been known to die after consuming it but there have been no noted deaths in wild animals that feed on the plant. The latex is extracted from the bark and trunk and is prepared as a poison for the tips of hunting arrows and as a poison to stun fish. The latex is also made into a “magical potion” used by many different African cultures both in South Africa and Mozambique. The poisons within the Impala Lily latex are known to contain over 30 types of chemicals that can affect the heart (some in a positive way). 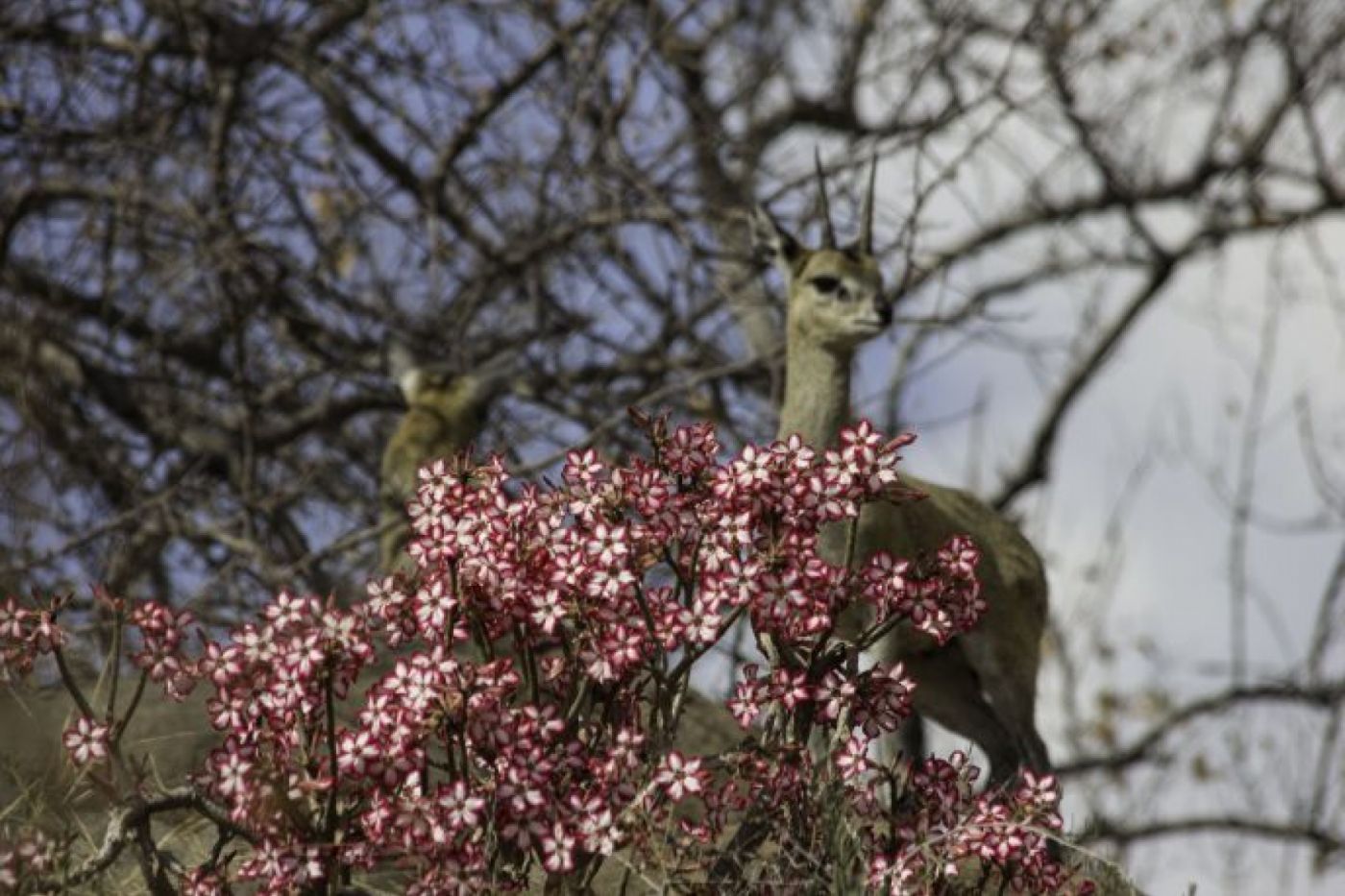 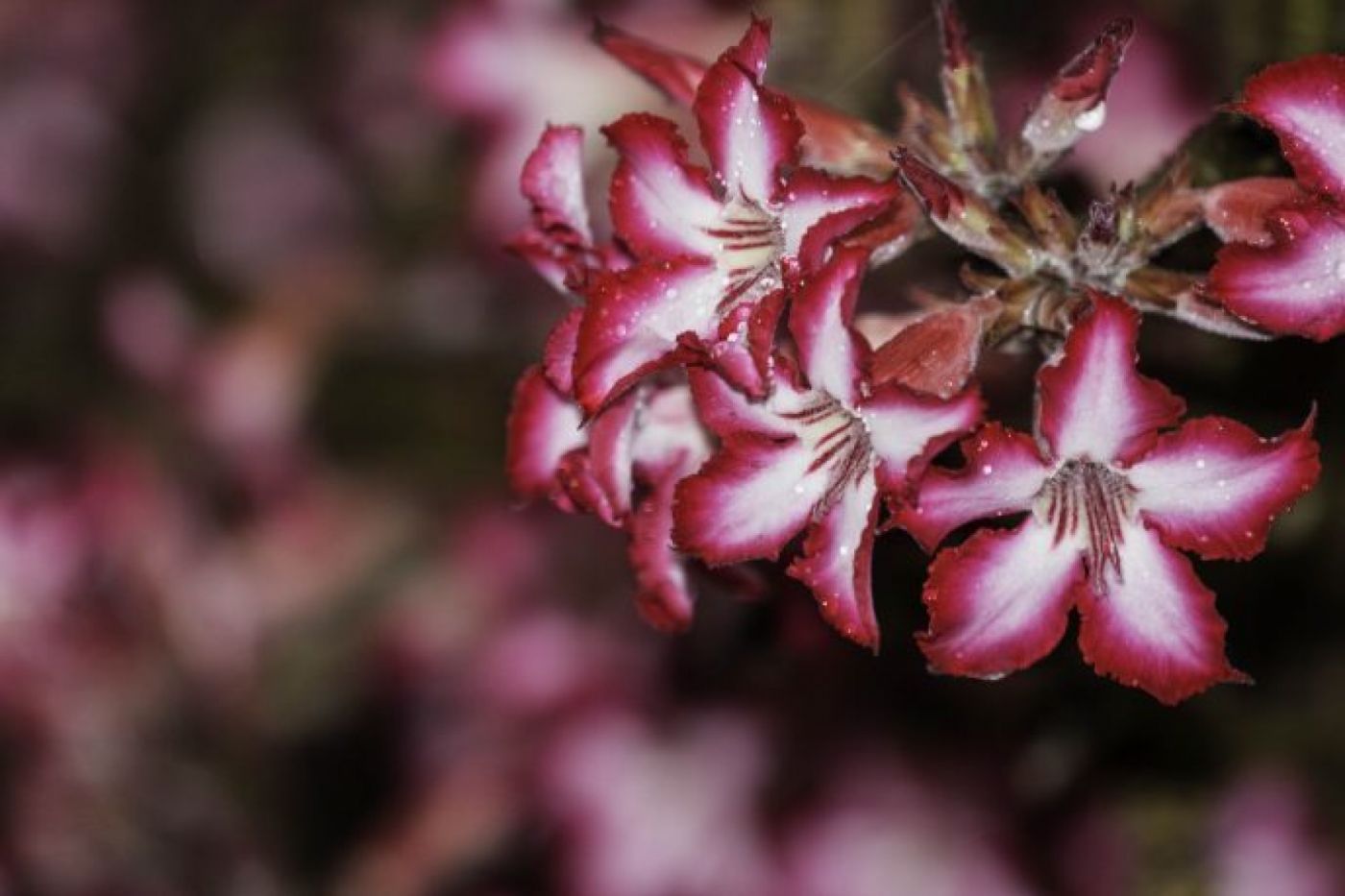 The Impala Lily is on the Red Data lists of Swaziland, Zambia and Zimbabwe where it is regarded as threatened. Most of its distributional range in South Africa falls within the Kruger National Park where it is protected, although it does not have any threatened status in South Africa. The outlook however is not so good for it’s warm weather counterpart: Adenium swazicum, the Summer Impala Lily. It is one of a growing number of South African plants that are critically endangered and further poaching could push this species to the brink of extinction. Plant poaching is as big an issue as abalone or even rhino poaching and while a plant doesn't bleed the impact of losing any species, in particular a plant species, has many unexpected effects. It is not just about losing the plant. It's about the knock-on ecological impact that losing the plant has on other species.

We certainly can’t imagine a winter without the Impala Lily.