This morning, just as the sun greeted the savanna, an unknown coalition, seemingly hailing from Kruger, brought an insurrection against the Ndhzenga males. Before we give an account of what unfolded, we wish to set a disclaimer: this is a dynamic that is currently unfolding, and as a result, what we report is what we have observed and pieced together. Once equilibrium is found, a comprehensive blog detailing the events surrounding this morning’s coalition clash will be published.

A young and confident coalition has been seen a handful of times in the southern parts of the Sabi Sands. We believe these to be the males responsible for the altercation that unfolded north of Rattray’s Camp this morning.

A ranger observed as three young and unknown lions chased a blood-smeared Ndhzenga male northwards (the individual with the club foot). As we piece titbits together, we speculate that the unknown males found the “club-footed” Ndhzenga male alone. One is no match for three, and the newcomers likely saw this as an opportunity to eliminate a new rival. Unfortunately for them, the ensuing commotion attracted the attention of the other three Ndhzenga males. They came in hot and the tide rapidly turned on the newcomers who ran for the hills as the incumbent coalition gave chase.

From here, we can only tell the side of the story that unfolded east of the boundary. Although, reliable reports informed us that two Ndhzenga males chased one of the unknown males further west and another further south – but no further fighting occurred.

Reverberating roars filled the air. The “club-footed” Ndhzenga male, sporting severe lacerations and puncture wounds to his back right leg, rump and temple, engaged the third unknown younger-looking male in a one-sided roar-off. No contact was made, but the Ndhzenga male appeared to intimidate the younger male. We say ‘appeared to’ because although the younger male didn’t act aggressively, he didn’t run away either. Then more roars boomed from the east. Taking frequent pauses, the “club-footed” Ndhzenga male gingerly walked east and crossed West Street Bridge, where he linked up with the fourth member of his coalition (the individual with the abdominal protrusion). The young unknown male wasn’t seen again.

We have not witnessed such belligerence in recent times, and this battle is probably far from over. Both coalitions have emerged with feathers in their caps and wounds to their flesh. We endeavour to keep you abreast of the drama as it unfolds. Until then, stay tuned… 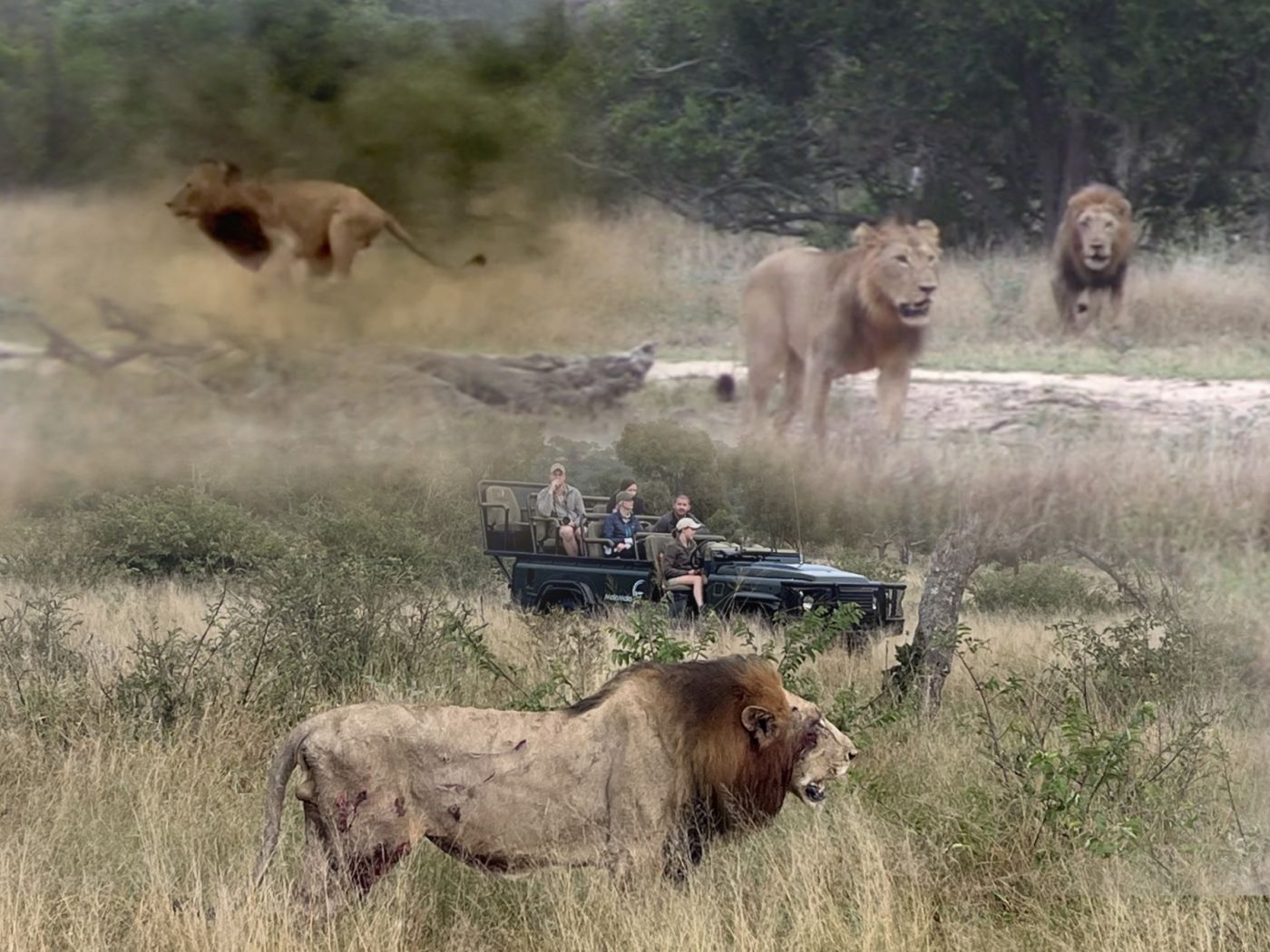