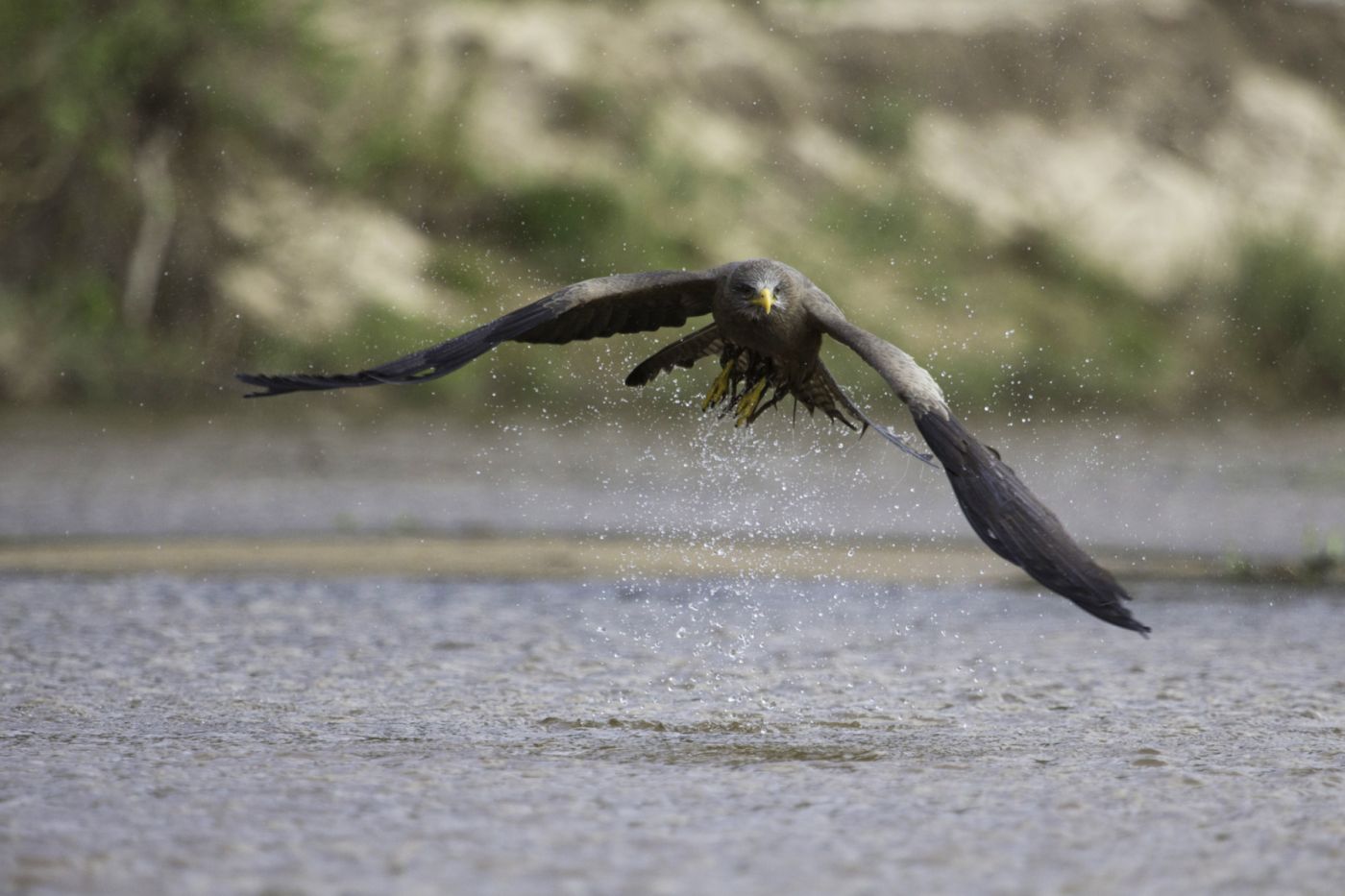 It is that time of year again when birds of a feather flock together and migrate. Indeed, some of our avian summer visitors have already arrived on MalaMala Game Reserve and many more are on their way. It would be a shame not to take a moment to research and appreciate the awe-inspiring journeys that many of these birds have undergone to get into your viewfinder.

What is a migrant? A migrant is a bird that makes predictable seasonal movements to predetermined destinations. They essentially migrate to improve survival chances during seasons when conditions are unfavourable. The most important aspect of this seasonal change is the shortage of food and the nutritional stress that the competition for resources presents. Other pressures that will encourage migration come in the form of predation and sometimes even parasitism. The bird is therefore faced with a simple choice: Stay and possibly die, or move away (migrate) to areas that offer the resources and improved chances of survival. For any migratory bird the advantages of taking on the journey outweighs the negatives of staying at home.

Bird migration is one of the enduring mysteries of Ornithology (the study of birds) and although the complexities of migration are still not completely understood, a lot more is known now than in the past. For millennia, humans set their calendars to birds' annual arrivals and speculated about what happened when they departed, perhaps moving deep under water, or turning into fish, or hibernating while clinging to trees upside down. Two thousand years ago, Aristotle believed that Swallows hibernated in mud during winter. A hundred odd years ago, people thought that they flew to the moon at the end of summer. Cuckoos were believed to change into hawks in winter, which explained why they disappeared as it got colder. Ideas about migration developed in the 19th century when, in Germany, a stork was noticed with an African spear in its neck, indicating where it had been over the winter and how far it had flown. Gradually, as a result of bird ringing and laboratory studies, the movement of birds and mechanisms governing their migration have become better understood.

Today we know that birds use a number of different techniques to navigate and orientate themselves during migration. They use the sun and stars as a compass to guide them on their journey. They are also able to recognize landmarks by using their heightened powers of vision. Unlike humans, birds can detect the earth’s magnetic fields and are able to align themselves accordingly on migration. Observations and experiments have shown that both the inclination to migrate, as well as the route to follow on migration, is largely inherited rather than learned. This is supported by the fact that young birds leaving on migration either before or after their parents, still manage to find their destinations without parental guidance. A species that migrates without parental guidance are the Cuckoos. These birds are raised by foster parents that don’t migrate, but still the Cuckoos migratory instincts kicks in when it grows up and finds its way to the non-breeding grounds without the help of its parents.

In Southern Africa there are 3 different types of migrants:

Palearctic-African migrants: These migrants are true avian globetrotters, migrating between continents each year. These species undergo the longest journeys, flying thousands of kilometers from Europe and Asia all the way to Africa and back again. They are primarily non-breeding migrants, arriving in Southern Africa at the onset of Summer after having bred further North. They escape hostile conditions that engulf their breeding grounds in the winter to spend the non-breeding season making the most of the abundant and varied menu that Southern African habitats have to offer.

Intra-African Migrants: These migrants do not venture abroad like the Palearctic-African migrants but rather move annually between their breeding and non-breeding grounds within the African continent. Most migrants take advantage of the abundance of food during the wet season, migrating between Northern and Southern parts of the continent and equatorial regions. Of the migrants that visit Southern Africa, many breed here, such as the Wahlberg’s Eagle, African Reed-Warbler, Greater-Striped Swallow and many Cuckoos.

Local Migrants: These migrants don’t undertake long, epic journeys but rather travel locally over short distances within one area. An example of this is ‘Altitudinal Migration’. This occurs in birds that make the most of the good conditions for breeding at high altitudes in mountainous areas during the warm summer months, then descend to lower altitudes in winter when conditions become to hostile.

Wahlberg’s Eagles, Yellow-Billed Kites and Paradise Flycatchers are some of the birds that have already made their way back to MalaMala and they are all Intra-African migrants. Some of those still on their way are traveling staggering distances. Amur Falcons fly from the Russian Steppes over northern India and through the Middle East. Lesser-Spotted Eagles fly from northern Europe and over the Bosphorus on their way down. There are many other truly awe-inspiring journey’s underway at the moment but they are facing ever-increasing obstacles and challenges which are all human-related. We should do everything in our power to ensure that these birds can wing it forever.